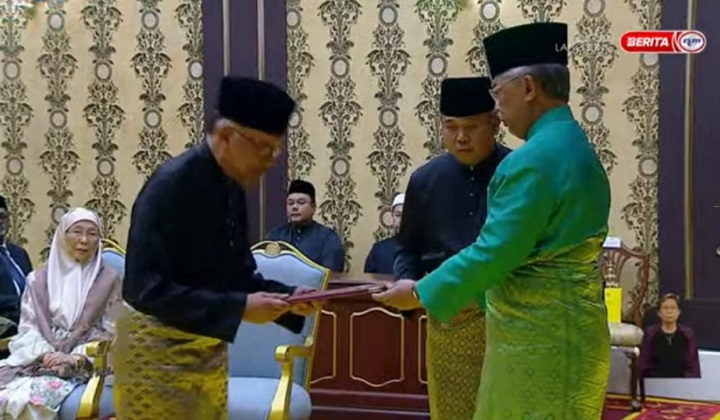 Datuk Seri Anwar Ibrahim has officially been sworn in as the 10th prime minister of Malaysia.

The 75-year-old who is Pakatan Harapan (PH) chairman and newly elected Tambun MP was appointed to the post after days of uncertainty over who would form the next government.

By Anwar’s side was his wife Datuk Seri Dr Wan Azizah Wan Ismail.

This was after the 15th General Election (GE15) saw no sides winning enough seats to form a government on their own.

Istana Negara in a statement today said after a meeting of the Council of Rulers, Al-Sultan Abdullah gave his consent for Anwar to be appointed as the 10th prime minister in accordance with Article 40(2)(a) and 43(2)(a) of the Federal Constitution.