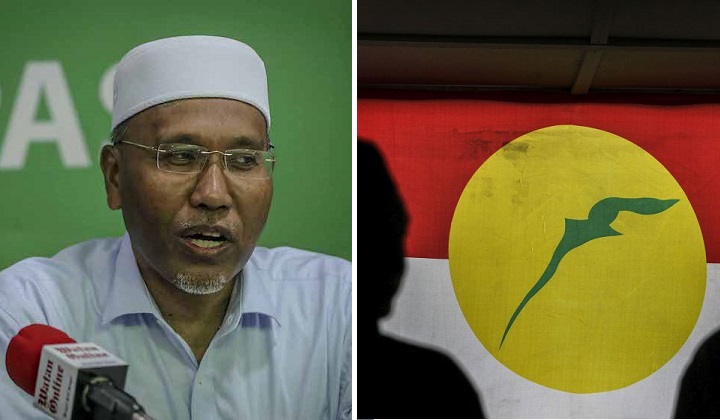 UMNO’s 2018 general election performance should be a lesson for the party not to dismiss the idea of working together with other Malay-dominant parties in the country.

“It is Umno’s prerogative (to go it solo). If they want a repeat of the 14th General Election (GE14), then by all means continue. But we will press ahead with our unity concept,” PAS veep Datuk Idris Ahmad was quoted as saying by New Straits Times.

The former Bukit Gantang MP said that PAS is adamant that UMNO’s splinter, Parti Pribumi Bersatu Malaysia (Bersatu) has a role to play to help win the votes from the Malay electorates.

He said that the three parties should work under a unified front in the next general election.

“We will continue to work towards realising this. We believe that it will be the people who will ultimately judge our efforts (at uniting the Malay-Muslim parties).”

Idris, who is also part of the Cabinet line-up under the current Perikatan Nasional (PN) government which was backed by BN, said that UMNO would do well to learn from the lessons of the GE14.

In GE14, UMNO, the backbone of the then ruling coalition Barisan Nasional (BN), won 54 out of the total 79 parliamentary seats that were won by the alliance.

PAS, which clashed with UMNO in the majority of the seats that it contested, won 18 seats.

Pakatan Harapan meanwhile won 113 seats, with 12 of those contributed by Bersatu. Bersatu left the coalition following the infamous Sheraton Move and was now part of the Perikatan Nasional (PN) pact together with PAS and Gerakan.

In August, UMNO and BN No.2 Datuk Seri Mohamad Hassan affirmed the coalition’s stand to go solo in GE15.

This was later reiterated by UMNO’s and BN top dog Datuk Seri Zahid Hamidi who said that UMNO intended to go solo in GE15 as PAS broke their trust built under Muafakat Nasional (MN).

PAS-UMNO relationship was strained after the Islamic party formed PN together with Bersatu – which was primarily made of former UMNO leaders and party members who sided with Tan Sri Muhyiddin Yassin and Tun Dr Mahathir Mohamad when the duo went against UMNO president Datuk Seri Najib over the 1Malaysia Development Berhad’s (1MDB) scandal.