Chicken sellers in Terengganu aren’t getting as many customers as they used to because there are cheaper chickens sold elsewhere. 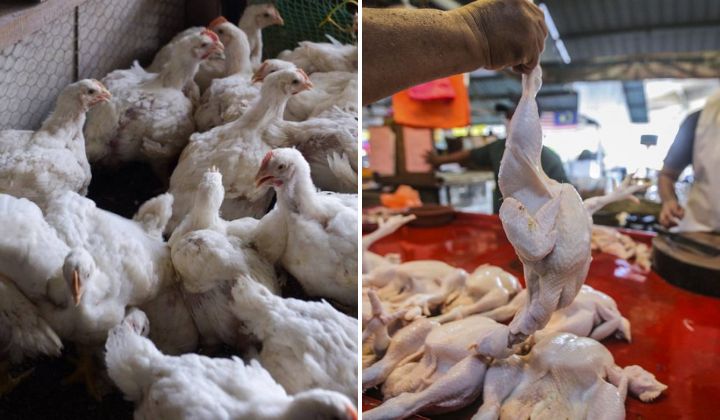 After months of shortage, Malaysia has an oversupply of chickens now. The Agriculture and Food Industries (Mafi) Minister Datuk Seri Ronald Kiandee said the chicken industry had stabilised thanks to the steps taken by the government.

According to Malay Mail, Malaysia’s move to abolish the approved permits (APs), allow the import of chickens from other countries and disallow the export of chicken overseas have contributed to the industry’s recovery.

Since there are a lot of chickens to go around, the prices of chickens have also dropped lower than the ceiling price set by the government.

While cheap chickens sound like good news and a good deal, it has bought another problem.

According to Kosmo, cheap chickens aren’t doing well in Terengganu. Chicken sellers in Kuala Nerus and Kuala Terengganu reported a 40% drop in sales although the price of chicken was reduced to RM7.30 per kg, as compared to the ceiling price of RM9.40.

He believes there are lesser customers because there are cheaper chickens sold elsewhere.

Kosmo reported that the price range of chicken sold is between RM7.30 and RM7.50 per kg.

Another seller, Abdullah Endot, 55, said chicken prices have gone down because it has become cheaper at all levels including suppliers.

Previously, he could sell 200 chickens in a day but now he could only sell less than 100 chickens and had to keep the extras to sell the next day.