While she was scheduled for an official visit to Japan and South Korea next, it was speculated that US Speaker Nancy Pelosi will ignore any threats from China and continue with her plan to visit Taiwan. 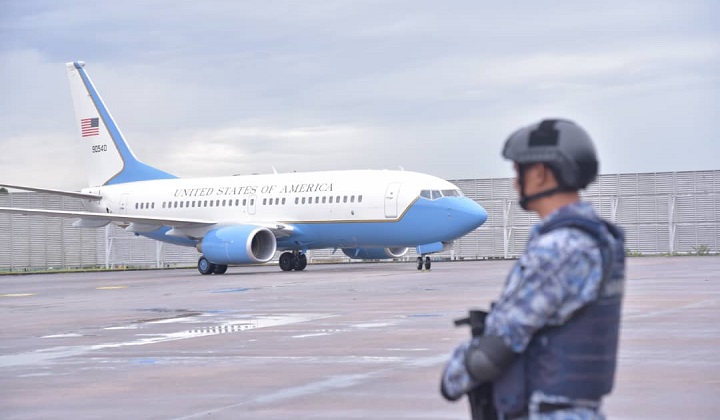 United States (US) House of Representatives Speaker Nancy Pelosi left Malaysia earlier today following a brief lay-over in Malaysia, the second out of four Asian countries on her itineraries this week which begins with Singapore last Monday.

This is also Pelosi’s maiden visit to Malaysia where she was accompanied by Gregory Meeks, chair of the House Foreign Affairs Committee.

She is scheduled to stop in Japan and South Korea next, although, a trip to Taiwan also appears to remain a possibility despite stern objection from China which viewed Taiwan as part of its territory and not as an independent country.

She had earlier arrived in special aircraft which touched down at the Royal Malaysian Air Force (RMAF) base in Subang near here at 10.33am.

The meeting took place at the Parliament before Nancy attended a luncheon with Prime Minister Datuk Seri Ismail Sabri Yaakob.

Pelosi, who is the third in the line for US presidential succession was also the first woman to ever served as the Speaker of the US House.

Pelosi’s envoy left Malaysia at about 3.42pm today while her exact next stop remains unclear.

China was enraged with the proposed visit by Pelosi to its supposed territory as it indicates a sign of support for Taiwan’s pro-independence administration led by Premier Su Tseng-chang Tsai, South China Morning Post reported.

China even went to the extent of warning that Washington would “pay the price” if Pelosi indeed stop at Taiwan.

Tensions between China and Taiwan were more apparent than ever with both countries stepping up their military deployments across the Taiwan Strait.

While the US didn’t recognise Taiwan as a sovereign state, Washington was against any attempt by China to take the self-ruling island by force.