Tan Sri Khalid Ibrahim’s corporate and political journeys intertwined with each other. 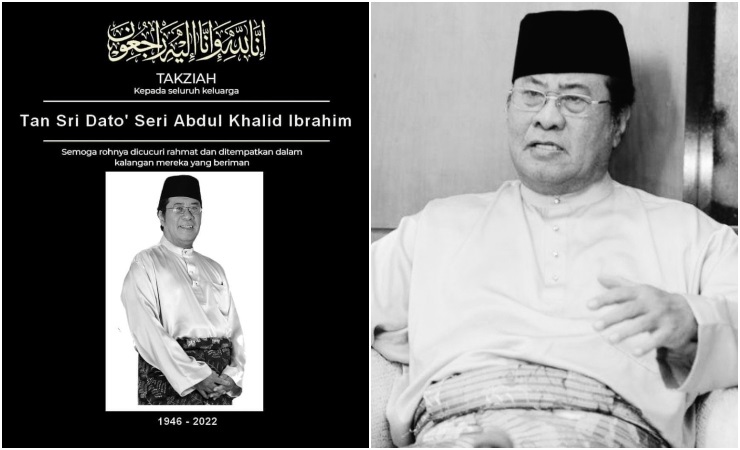 He was 76 and was survived by his wife and four children.

Khalid remains popular with Selangorians who mostly had fond memories of the respected corporate/politic figure.

Like many other elder politicians in the Opposition coalition, Khalid was once a UMNO member, a party that he joined in 1979. During the same period, Khalid was appointed as the Permodalan Nasional Berhad’s (PNB) chief executive officer, a role that he played until 1994.

It was during this period that Khalid demonstrated his sheer brilliance in the financial market – where he successfully help PNB to own a majority of shares in the then British firm Kumpulan Guthrie Bhd at the London Stock Exchange.

It was said that it only took Khalid and his team 10-minutes after the market opened to help PNB secure 51% of the Guthrie shares – which at the time was the second largest plantation company in the United Kingdom – and also own a large land bank in Malaysia.

Once a Pakatan’s Darling

Khalid was not short of critics when he was in the Selangor menteri besar office. His detractors argue that he ran the Selangor government like a business. But, to be fair, during his tenure, Selangor accumulated more than RM1 billion in reserves, making it the richest state in Malaysia.

At that time, Khalid was Pakatan’s poster boy, pointing out that he is the kind of leader that the coalition will install to top positions if the rakyat voted them as government.

Indeed Khalid was prudent in spending, though ultimately it also resulted in his abrupt exit from PKR and the Pakatan Harapan bloc.

According to Khalid himself, he was asked to spend the state’s money on his own party’s programme and campaign.

Refusing to play ball, Khalid then began to distance himself from the party’s hierarchy and even skipped the party’s central executive as well as the PKR’s political bureau meeting.

He was subsequently ousted following the unsuccessful ‘Kajang Move’ and was replaced by the then PKR’s no 2, Datuk Seri Azmin Ali, who had also since left PKR.

It also must be noted that it was during Khaled’s tenure as menteri besar that Selangor introduced people-centric policies such as the 20 cubic metres of water each year free of charge for the people of Selangor.

After the incident, Selangor ruler Sultan Sharafuddin Idris Shah Al-Haj Ibni Sultan Salahuddin Abdul Aziz Al-Haj said that Khalid had “successfully and perfectly” led the state while he was in office.

Despite appearing in several PAS and UMNO programmes in the past, Khalid however remained outside politics since 2013.

Last night, Khalid succumbed to his illness after a week-long treatment at the Cardiac Vascular Central Hospital Kuala Lumpur due to a heart infection.

Following his passing, Sultan Sharafuddin decreed that his remains be interred in the Royal Cemetery in Shah Alam.