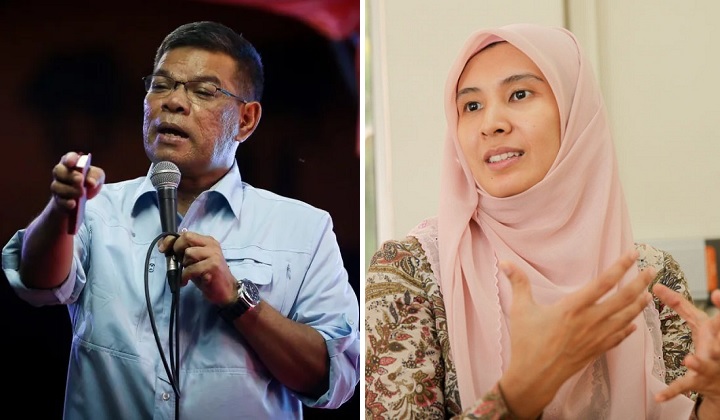 PKR has moved to retain Saifuddin Nasution Ismail as its secretary-general for the 2022-2025 session while the party also re-appoints ‘reform princess’ Nurul Izzah Anwar as its vice-president.

This was announced together with a host of other appointments following the first PKR newly elected central leadership council last night, reported The Vibes.

In the recently concluded PKR election, Saifuddin challenged Rafizi Ramli for the deputy presidency post, but lost to the former Pandan MP who garnered 59,678 votes, while Saifuddin obtained 43,010 votes.

Nurul Izzah, who is also the Permatang Pauh MP, stepped down from all of her party posts in 2018. The daughter of PKR President Datuk Seri Anwar Ibrahim was the party’s elected vice-president and the Penang PKR chairman back then.

Also appointed to the vice-president’s posts are Putatan MP Awang Suhaini Sahari to represent Sabah and Sarawak, and a surprising appointment in the form of K. Saraswathy, who is a lawyer and also part of the party’s election committee.

According to the report, Saraswathy’s appointment was made to balance the pro-Rafizi line-up in the party’s top leadership and the gender makeup in the PKR leadership lineup.