The suspect rode on his motorcycle naked after slaughtering his wife and infant son yesterday. 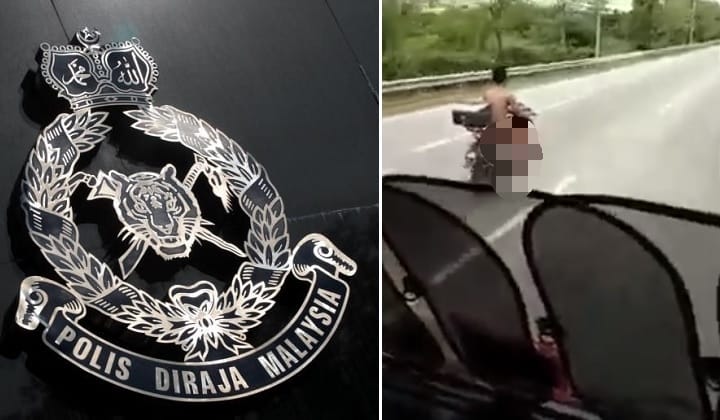 The police detained a 24-year-old man for slaughtering his 26-year-old wife and his 3-month-old son yesterday, New Straits Times reported.

According to Johor Baru South police chief Assistant Commissioner Raub Selamat, the suspect was arrested in Permas Jaya at 2.45pm.

Raub also confirmed that the suspect was the same person caught on video riding a motorcycle naked. The video has since gone viral on social media.

“The arrest was made following a tip-off. We also seized a meat cleaver and a motorcycle when we arrested the suspect,” he was quoted as saying.

The suspect was naked when the arrest was made.

The police were alerted of the murder at 12.42am yesterday, Raub added.

“Initial investigation showed that the murders occurred about 12.30am at a house in Bakar Batu,” said Raub.

The case is being investigated under Section 302 of the Penal Code which carries the mandatory death penalty.