Dr. Mahathir said that his remarks made in last weekend’s congress regarding the position of Riau and Singapore were taken out of context. 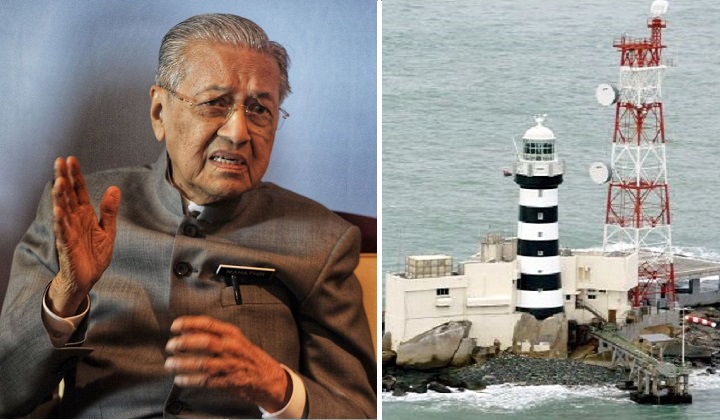 Former premier Tun Dr Mahathir Mohamad today denied suggesting that Malaysia should reclaim the lands that it lost in the past.

According to the 96-years old Langkawi MP, his remarks regarding the position of Riau and Singapore were taken out of context.

“I am trying to point out that we are so concerned over losing a table-size rock but never about bigger parts of Malaysia when they were taken from us.

“Losing Pulau Batu Puteh is no big deal,” Dr Mahathir said in a statement uploaded on his Facebook today.

He also shifted the blame to the Johor state government for Malaysia losing Pulau Batu Puteh, which was also known as Pedra Branca to Singapore.

“It was the mistake of the Johor government to deny that the rock belonged to Johor. Had that denial not been made, there would be no dispute now.”

“We should be grateful that the world court awarded Pulau Ligitan and Sipadan to us. They are much more valuable than Pulau Batu Puteh – just a rock outcrop.

“We should be thankful that Indonesia has not disputed the award. Really, we are not grateful for our gains,” he said.

Dr Mahathir, who spoke at a congress on Sunday, was quoted in several reports to suggest that Riau and Singapore should be reclaimed as well as Pedra Branca as they were historically “Malay lands”.

On 16 June, Johor Ruler Sultan Ibrahim Sultan Iskandar said that Putrajaya decided to drop the review application for Pedra Branca case at the International Court of Justice (ICJ) in 2018 without consulting the state first.

The decision – made during Dr. Mahathir’s second term as prime minister – was described by the Johor Ruler as a clear breach of the state’s rights as enshrined in the Federation of Malaya Agreement.

READ MORE: “Allocate More For Johor And Stop Treating Us Like A Stepchild” Sultan Ibrahim Slams Putrajaya For Lack Of Support