Johor Sultan threatens to secede from the Peninsular, saying that the federal didn’t fulfill its promise to the southern state. 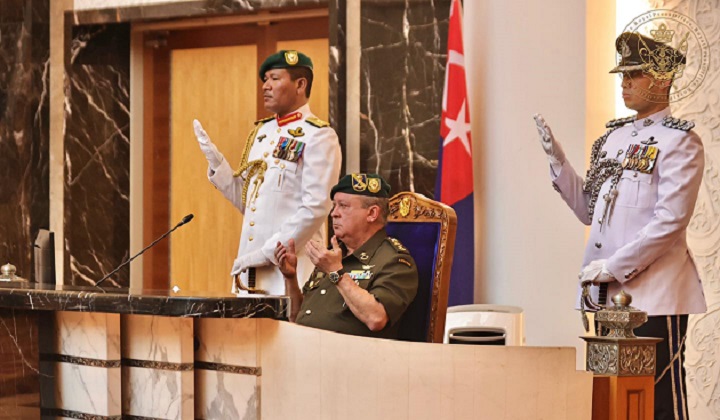 In calling for more allocation to be set aside for the state, Sultan Ibrahim said that Johor is one of the biggest contributors to Malaysia’s economy.

“Johor contributed almost RM13 billion annually in federal revenue, but what it actually received was starkly disproportionate,” Sultan Ibrahim said during the opening of the First Session of the 15th Johor Legislative Assembly at Kota Iskandar in Iskandar Puteri, today.

He pointed toward the condition of several federal government facilities in the state, including the Sultanah Aminah Hospital, Sultan Ismail Hospital, and the Sultan Iskandar Customs, Immigration and Quarantine Complex, which he said was not properly maintained.

His Majesty added that Putrajaya too has not made good on its promise to expand the North-South Expressway in Johor to six lanes as well as to upgrade the Senai-Desaru Highway to four lanes.

He also pressed Putrajaya to repair the federal road linking Johor Bahru and Mersing which is “damaged and full of potholes” as it could endanger road users.

The Urban Transformation Centre (UTC) in Johor Bahru is also in need of upgrades to its quality of service and comfort levels, he added.

“If this trend continues, Johoreans may agitate towards secession from Malaysia. Perhaps Johor can be more developed if we stand on our own,” Sultan Ibrahim.

Sultan Ibrahim also touched on Johor’s rights under the Federation of Malaya Agreement signed in 1948 and 1957, stressing that if any one of those terms is breached, Johor has the right to secede.

He cited Putrajaya’s decision to drop the review application for the Batu Puteh case at the International Court of Justice (ICJ) in 2018 as an example of the federal government’s “lackadaisical attitude” towards Johor.

According to Sultan Ibrahim, the decision made by the then prime minister (Tun Dr. Mahathir Mohamad) was made without consulting Johor, which is “a clear breach of Johor’s rights as enshrined in the Federation of Malaya Agreement.”