Federal Court Judge, Justice Mohd Zawawi said that the criminal court has no jurisdiction to grant the declaratory relief sought by Rosmah. 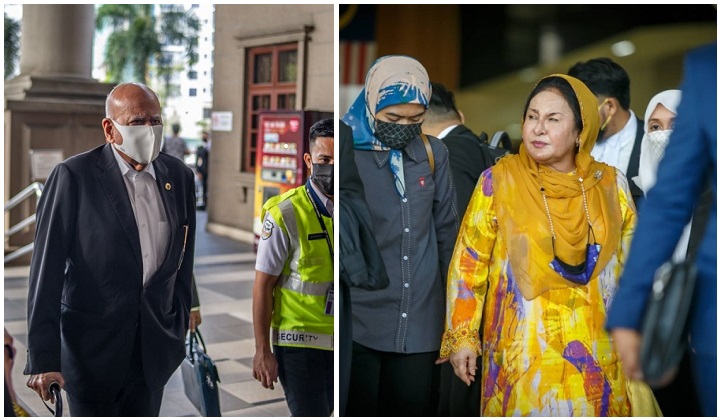 The decision was unanimously reached by a three-man panel chaired by the Federal Court judge Justice Mohd Zawawi Salleh today. Other judges on the bench were Justices Vernon Ong Lam Kiat and Mohamad Zabidin Mohd Diah.

According to Justice Mohd Zawawi, the criminal court has no jurisdiction to grant the declaratory relief sought by Rosmah.

“We are in agreement with the reason proffered by the Court of Appeal. We are of the opinion that there is no inherent jurisdiction of the criminal court to grant declaratory relief,” he said.

Mohd Zawawi was referring to the Court of Appeal (CoA) dismissal of Rosmah’s appeal on 6 December 2021.

In delivering the decision, CoA judge, Justice Hanipah Farikullah, who chaired a three-member bench, said the Criminal Procedure Code did not allow a criminal court to give Rosmah any declaratory relief, a civil remedy sought under the Specific Relief Act.

In her graft trial, Rosmah is accused of receiving a total of RM6.5mil from Jepak Holdings Sdn Bhd managing director Saidi Abang Samsudin between 20 December 2016 and 7 September 2017.

She is also charged with soliciting a RM187.5mil bribe out of a total of RM1.25bil project awarded to Jepak Holdings Sdn Bhd, through her former aide turned prosecutor witness, Datuk Rizal Mansor.

The High Court is set to deliver the case’s verdict on 7 July.

READ MORE: Guilty Or Not? Rosmah’s Verdict On Corruption Claims To Be Delivered By High Court In July

What’s Going On So Far With The “Allah” Issue