After 26 years, our superhero will make his comeback – on a bigger stage. 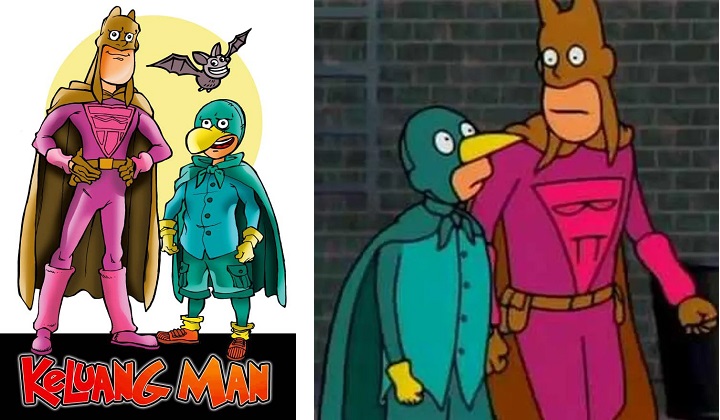 Astro Shaw is collaborating with Iconic Animation Studio to bring the iconic Keluang Man, a tale of a superhero with no actual superpowers, into a live-action film.

BREAKING: Legendary Malaysian superhero icon Keluang Man will be made into a live-action film.

This is NOT A DRILL 💥. ITS HAPPENING.

The movie will be produced by Astro Shaw together with Iconic Animation Studio. pic.twitter.com/QKYiYEuMrP

The move will not only introduce Keluang Man, which has received cult-following, to the younger generation but is also expected to bring to life the biggest local superhero multiverse.

Astro Shaw head and vice president of Malay Nusantara business Raja Jastina Raja Arshad said that it is an honour for Astro Shaw to be given the trust and opportunity to work with Iconic Animation Studio in taking this legendary animation work to the silver screen.

“We believe the Keluang Man brand is huge in the local animation art industry and has its own fans who grew up with this animated series,” she was quoted as saying by Astro Gempak.

According to Raja Jastina, Keluang Man is still well-received by the audience when the re-runs were aired several years ago

“We hope that this news will bring excitement to the fans and at the same time prove that local animation works can be elevated to a higher level.”

The production of the live-action film is expected to begin soon and the production team will announce the cinema release date later.