The island is located halfway between Menumbok and Labuan. 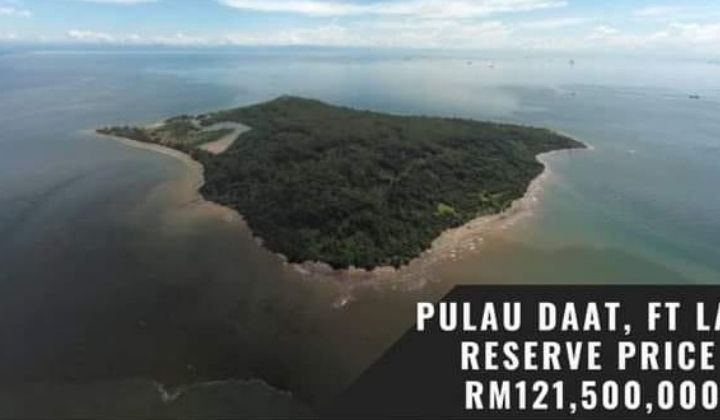 If you’ve ever dreamed of owning your own island, you’ll have to bid at an auction first.

Pulau Daat, an island roughly 587 acres in size and located halfway between Menumbok and Labuan, Sabah, is up for a public auction on 27 May 2022 at 11am.

The bid starts at RM121,500,000 (Ringgit Malaysia: One hundred twenty-one million and five hundred thousand only). Pulau Daat will be sold on an ‘as is where is’ basis.

The island, currently owned by Potensi Bernas Sdn Bhd, has a leasehold of 999 years (expiring on 31 December 2853).

A brief history of the island

According to a Facebook post by North Borneo Philately, the title deed for the island was issued in 1856 to John Gavaron Treacher and Clarence Cooper, by George Warren Edwardes, the then Governor of Labuan (1856-1861), on behalf of Her Majesty Queen Victoria.

More information about the 166-year-old relic can be read in the book entitled North Borneo – A Collective History.

The Daily Express reported in 2020 that Pulau Daat was approved for oil and gas storage at least twice but has been abandoned time and time again.

This was because Pulau Daat is said to be surrounded by shallow and muddy water which makes it unsuitable for the oil and gas industry.

The last people who have set foot on the island could be 17 passengers who were stranded on the island while en route to Labuan in 2019.

Borneo Today reported that the passengers were travelling from Menumbok when they were hit by a huge wave.

The group washed ashore on Pulau Daat and waited for almost an hour for help to arrive.