He has failed in both of his appeals previously following the guilty verdict delivered to him last year. 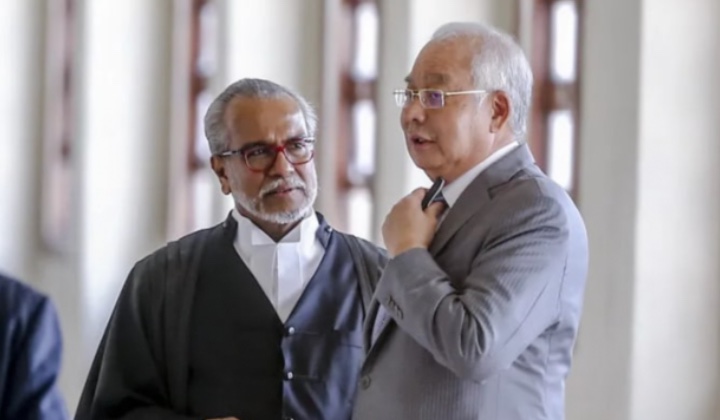 The notice regarding the hearing dates had been signed and sent out to the prosecution and also the defence team by the Apex Court Deputy Registrar Hafizullaah Omar. Both parties had been instructed to file their written submissions by 31 July.

This is the last avenue for Najib to appeal his sentence and conviction involving the SRC International case as he had exhausted all legal options prior to the upcoming hearing.

The Pekan MP had previously been reported to say that the Court of Appeal (COA) had erred in its ruling to uphold the High Court’s initial decision finding him guilty of all seven charges of abuse of power, criminal breach of trust (CBT) and money laundering involving the former 1Malaysia Development Bhd (1MDB) subsidiary company’s funds.

According to Najib, the panel of judges at both courts erred in making their decisions, arguing that the evidence of the case reflects that he is not guilty.

Najib was adamant that the court should have considered that he was deceived by Low Taek Jho @ Jho Low as well as the SRC’s management, while also denying that these individuals are acting like his minions to abuse the company’s funds.

He said that he submitted a 20-page petition containing 94 grounds that he believed will help set him free from all charges.

Najib was found guilty of using his position as the then prime minister to secure a RM4 billion loan from the Retirement Fund Inc (KWAP) for SRC to help fund the company’s strategic investment.

However, the prosecution raised the question as to why that RM42 million from the loan was eventually pumped into Najib’s personal bank accounts.