Anwar and Najib are set to debate the latter’s suggestion for the government to bailout Sapura Energy Bhd. 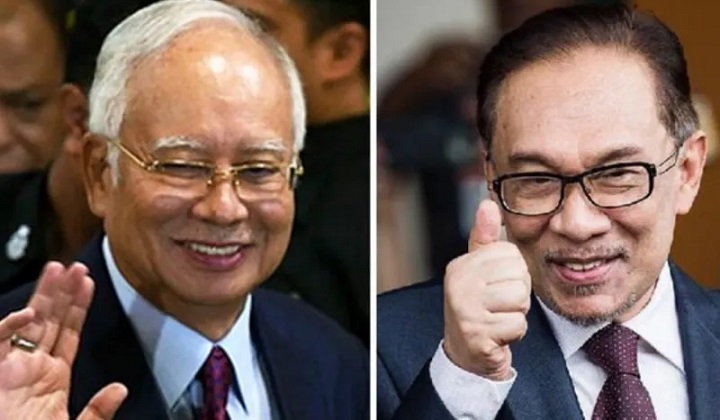 This was confirmed by both politicians who announce the decision in a joint statement today.

The debate, which will be aired live on soial media as well as selected television channels, will begin at 9pm.

“Both parties are hoping that the debate will run smoothly,” the statement reads.

In a report by Malaysiakini, the group claimed that there hidden hands that doesn’t want to see UM hosted the debate.

“It is reasonable to suspect that there was interference from ‘above’ who attempted to prevent it from taking place at Dewan Tunku Canselor.

“Any efforts to frustrate debates and discussions must be considered a regressive move which insults the university as a platform for healthy discussions and forum,” they were quoted as saying.

Anwar and Najib are set to debate the latter’s suggestion for the government to bailout Sapura Energy Bhd following its recent cash outflow problem.

READ MORE: Sapura Debate Is On The Way And It Will Be Televised, Says Anwar Ibrahim