A “yellow” and “orange” alert was issued for areas in the Klang Valley, Perak, Pahang, Kelantan, Terengganu, Melaka and Johor. 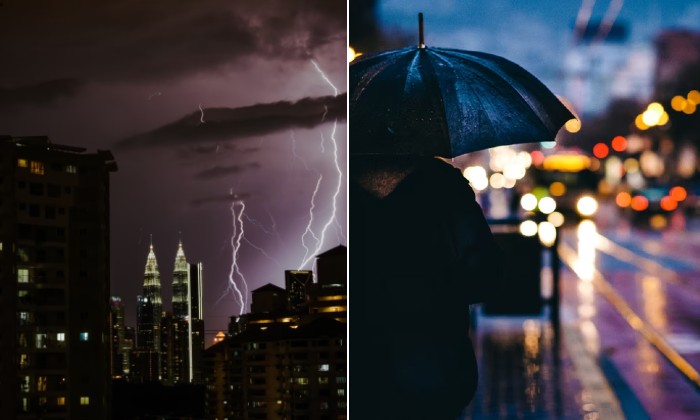 The Malaysian Meteorological Department (MetMalaysia) issued a significant weather prediction for states in peninsular Malaysia where heavy and continuous rainfall is expected to drench parts of the country between 23 February and 3 March.

A yellow or “alert” category warning was issued for areas in the Klang Valley, Perak, Kelantan, Terengganu, Pahang, Melaka and Johor.

Meanwhile, an orange “severe” warning was issued for areas in Pahang, Terengganu and Johor.

MetMalaysia also issued a warning for windy and turbulent seas for vessels travelling in the South China Sea.

In March, as much as 350mm of rain is predicted to fall across the peninsular, while states in East Malaysia are expected to receive between 50mm to 450mm of rain.