Parents and students alleged that the inappropriate question was asked during a Bahasa Melayu oral examination last week. 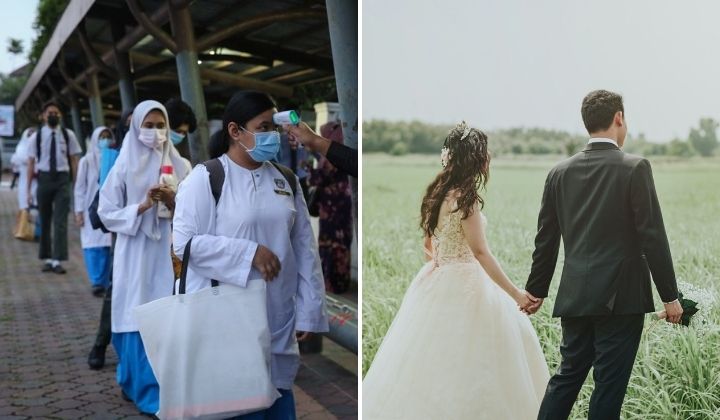 Students sitting for one of the Sijil Pelajaran Malaysia (SPM) oral examinations were asked a perplexing question: What’s your dream wedding?

One of the parents and some students posted on their social media to complain about the exam question, and it caught the attention of Kulai MP Teo Nie Ching.

Netizens who brought up the issue on several social media platforms alleged that the question was asked during the Bahasa Melayu oral examination last week.

According to Malay Mail, Teo wants the Education Ministry to clarify if the students were really asked about their dream wedding during the SPM oral examinations.

Such question is inappropriate and should not be given to Form 5 students who are only 17 years old.

She added that the teenagers had more priorities at such an age than marriage, listing academic credentials and their families’ financial ability to send them for further studies as examples.

She also asked the Education Ministry to apologise to all Form 5 students who had to answer such as question and their parents, if it’s true.

Parent Action Group for Education president Datin Noor Azimah Abdul Rahim told the New Straits Times that the question was unsuitable due to the prevalence of child marriages in Malaysia.

It’s also a concerning trend for youths to get married so soon after leaving school.

Oral is about articulation and you can say why not, but I think questions should be on more relatable subjects. There is child marriage; they could have asked what’s the right marriageable age instead, climate change, recycling, public transport, even Undi18 which directly affects them as some of them would become the first batch of 18-year-olds to vote in the Johor state election.

What’s wrong with it?

Netizens are split about the appropriateness of the question.

Those who disagreed said the question was inappropriate and the adults should not underestimate the youths’ critical thinking skills.

They also asked what kind of leaders it’ll produce if such an insensible question was asked during the examination.

Dont underestimate student spm nowadays.. They all 18 and eligible to be a leader under undi18. What kind of leader if tanya pasal perkahwinan jadi tak sensible. Tak caya tanya Syed Saddiq.

Some netizens find no issues with the question at all. They said it’s just a simple question and topic to evaluate the student’s speaking skills.

They believe that it’ll help students answer easier since it’s a simple topic with no right or wrong answers.