She had a headache and leaned back to rest only to wake up in a hospital later. 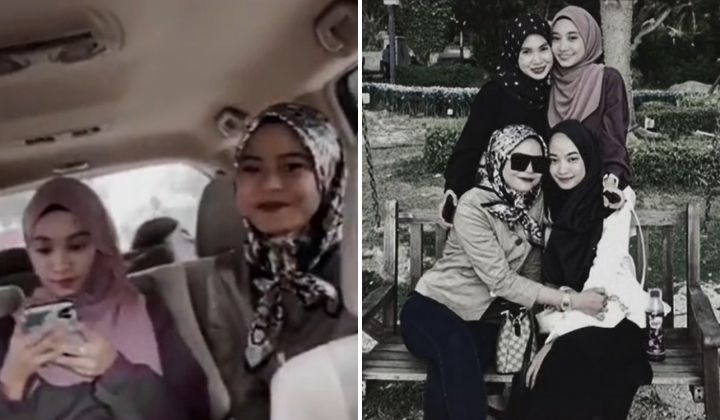 Back in September 2020, three out of four friends died in their car in a petrol station in Lebuh Raya Utara Selatan (PLUS) in Samagagah, Penang.

The incident drew lots of attention due to the nature of death of the three women who were all college mates and friends.

Recently, the only survivor of the incident, Nor Aqilah Mohd Safwan (22) shared what really happened that fateful day in a series of TikTok videos.

Nor Aqilah, her twin sister and two of their friends stopped by the petrol station to rest around 8.40pm. They were on the way home to Kedah after holidaying at Pulau Jerejak in Penang.

When they reached the petrol station, her older sister started to develop a headache. They decided to buy some food and drinks to snack on while resting. Only her sister remained in the car while they went down to buy food.

The four of them ate in the car and carried on their conversation as friends do. During this time, Nor Aqilah said she was also developing a headache so she put down her food and leaned back into the seat.

When she opened her eyes, she was already at the hospital. She spent a week in the Intensive Care Unit (ICU) not knowing what happened until she was moved to the normal ward.

Her parents had to break the difficult news to her that her sister and both of their friends have passed.

Nor Aqilah said when she was in a coma, she dreamt of her sister who told her that she fainted on an island.

It was a gas poisoning

According to the doctors, her sister and their two friends died from carbon monoxide poisoning which caused multiple organ failures. None of them knew because the gas doesn’t have a smell.

Seberang Perai Tengah police chief assistant commissioner Shafee Abd Samad said their vehicle had a leak at the exhaust pipe, as reported by Sinar Plus.

The heartbreaking tale made many netizens feel sorry for her. They also felt the pain of missing her friends and sister.

Netizens remember the case and shared how sad they felt when it happened. Some of them said they could only offer prayers at the time.

They also told her to stay strong and gave their condolences.