An uncle who’s tired of political gimmicks chased campaigners away from his neighbourhood. 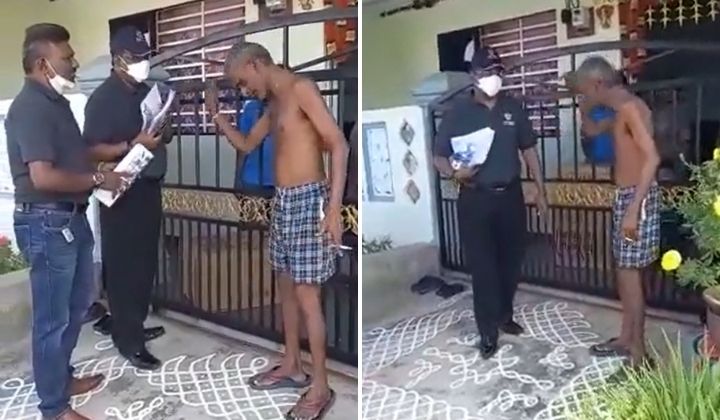 Malaysians often joke that we all know elections are coming up when the roads get tarred beautifully black.

While those short-term perks might have worked for a while, Malaysians are tired of the gimmicks political parties pull whenever it’s vote-fishing time and some have started to speak out on their own.

An Indian uncle recently went viral on Twitter when he refused to listen to political campaigners who were in the neighbourhood.

The whole encounter is believed to have taken place in Melaka due to the upcoming state elections.

Seeing two campaigners approaching someone else’s home, the uncle quickly waved away the campaigners and gave them a good telling off.

“What have you ever done for the Tamil [community]? You only come for votes,” the uncle said.

Based on another tweet, the uncle added that the Indian politicians only come for votes but then neglect the people who voted for them the next day. Having enough of that, he told the campaigners to go away.

The campaigners had no choice but to walk away when the uncle made it clear they weren’t welcomed.

Netizens who felt similarly praised the uncle for speaking his mind and also added grouses of their own.

A netizen thanked the uncle for baring the hurt felt by minorities in the country while another person said the uncle did a good thing to chase them away.

uncle u d best ! thank you for speaking up for minorities wen entire country was robbed billions for yrs !

Even without translations and subtitles, a few netizens said they fully understood what the uncle meant and why he did it.

The anger through that Uncle’s voice just says it all…

Another netizen shared that their mother also gave campaigners an earful when they came over.

The uncle is truly a hero for the day with or without a shirt.

True heroes don’t wear cape, or mask, or even a shirt 💀