Malaysians and Afghans are working to identify humanitarian needs, especially for women and children who face the crisis. 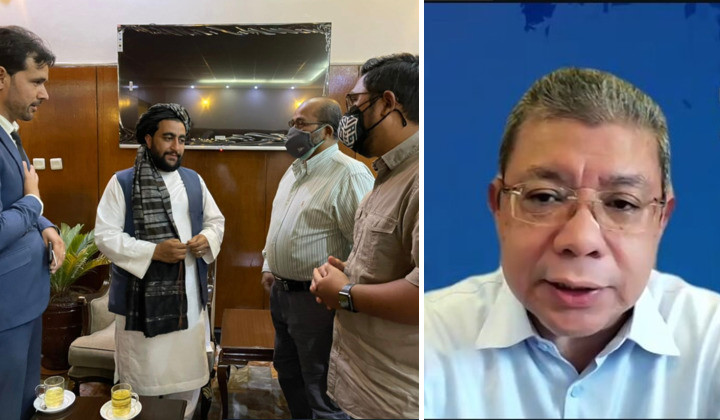 GPM chief executive officer Ahmad Fahmi Mohd Samsudin told The Rakyat Post that its humanitarian team and Afghan counterparts have been working together on the ground.

GPM is now working in Kabul and around it. They have been meeting with high-ranking Afghan government officials.

The humanitarian team is led by Azlan Muhammad Sharif as its chef de mission. An engineer by profession, Azlan took a two-month leave from his full-time job to lead the operation.

They will be joined by Muslim Volunteer Malaysia (MVM), another non-profit organization.

We don’t have an official representative in Afghanistan. GPM is one step ahead of the government in representing Malaysia.

Saifuddin remarked when delivering his keynote address during the KL Conference on Afghanistan: Re-Emergence of a Nation, an online event on Sunday by GPM and the Muslim Youth Movement of Malaysia (ABIM).

Afghanistan is currently facing food shortages and soaring prices. It needs all the help it can get from the global community.

The previous government depended on foreign aid for 80% of its fund, and the new interim government had been denied access to its foreign reserves.

Furthermore, 2.5 million Afghanistan have fled the country for reasons of security and survival.

Half of the population lives below the poverty line, and the GDP of Afghanistan is among the lowest in the world.

Saifuddin called for Malaysians to understand and be sympathetic with the Afghanistan people who have endured internal turmoil for over 40 years, starting with the Soviet invasion in 1979.

Malaysia has since announced an allocation of USD100,000 to help Afghanistan through the United Nations.

Saifuddin added that Malaysia has hosted a few hundred Afghan students and is willing to receive more at local universities such as the International Islamic University (IIUM).

At the same time, he encouraged the Malaysian business community to explore entrepreneurial opportunities in Afghanistan.

For the record, Afghanistan is a major importer of Malaysian palm oil in the Central Asia region.

The Indera Mahkota MP also announced the appointment of GPM chairman Datuk Ahmad Azam, who is also Commissioner to the Independent Permanent Human Rights Commission of Organisation of Islamic Cooperation (OIC), as his special advisor on Afghanistan.