There have been several arguments made on why we might need more time to study the GEG. 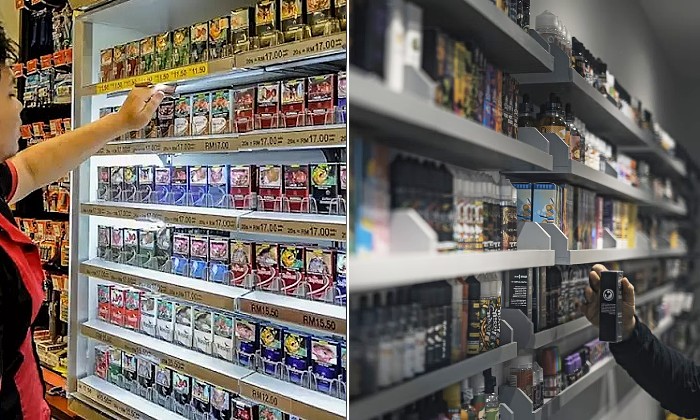 OK, so the Government wants to implement one of the most ambitious public health plans EVER—by banning the use, possession and sale of cigarette and vape products for people born after 2007.

The plan was introduced by Health Minister Khairy Jamaluddin earlier this year and a bill for the proposed law has already been tabled for reading in Parliament.

This law has been called many names like the Generational End Game (GEG) and ‘Anti-Rokok-18’. But the goal remains the same: to create a smoke-free Malaysia by making it illegal for the next generation or anyone born after 2007 to take a puff in their entire lifetime even after they’ve reached the age of 18 – which is the current legal age of smoking here in Malaysia.

Khairy calls this a “soft landing” approach to bring a gradual end to smoking and plans to get the bill passed by year’s end.

Although the law seems like a good idea, it is getting a lot of pushback from policymakers, medical professionals, industry players, experts in all sorts of fields and, of course, the public.

But if the GEG is seen as such a good plan, why are people saying that the Government might be rushing into its implementation?

Well, there have been several arguments made on why we might need more time to study the proposed prohibition and its effects on the country as a whole.

Lawmakers, after reviewing the content of the Tobacco Bill, have brought up several concerns touching on matters of rights protected under the Federal Constitution.

Former Chief Justice Zaki Azmi for one has been vocal with his views, commenting that the GEG may be unconstitutional, discriminatory, and affect civil liberties.

He particularly cited Article 8 of the Federal Constitution which focuses on the right to equality and equal protection under the law.

In an open letter, he said, “in interpreting Article 8, it is crucial to note that it does not necessarily mean all persons must be treated alike, but rather that the law must operate alike on all persons under like circumstances. Thus, it is worth asking whether setting an age limit on a permanent prohibition to smoke is discriminatory and against the spirit of Article 8.”

Medical practitioners too have shared their concerns

Smoking levels in Malaysia have plateaued over the last decade, and although there are smoking cessation programmes in Malaysia, they have been largely ineffective. In countries like the United Kingdom and New Zealand, smoking levels have been successfully reduced through the adoption of harm reduction strategies.

Medical practitioners are therefore concerned that the GEG in Malaysia includes a prohibition of less harmful smoking alternatives such as vape, which has the potential to reduce smoking prevalence.

The Federation of Private Medical Practitioners’ Associations Malaysia (FPMPAM) in particular, has urged the Ministry of Health (MOH) to consider harm reduction approaches before “rushing” to legislate the GEG on vape.

In a recent statement, the President of FPMPAM Dr Steven Chow said, “In Malaysia, the field of tobacco harm reduction is in sore need of comprehensive basic clinical epidemiological research, and we must take the time and use our resources to explore this option.”

Rushing the GEG and excluding harm reduction from the policy would be a missed opportunity, as we may be losing out on an achievable option that can have a meaningful impact on the tobacco epidemic.

Malaysians agree with these experts

Malaysians seem to share the same views as these experts, as a petition to reject the GEG on Malaysia Bersuara has garnered over 400,000 signatures.

Those interested in having their voices heard in opposition to GEG are also signing a petition, which you can find HERE.