From Western to Asian backgrounds, these movies tell the struggles of being a woman and how they all paved their way to success. 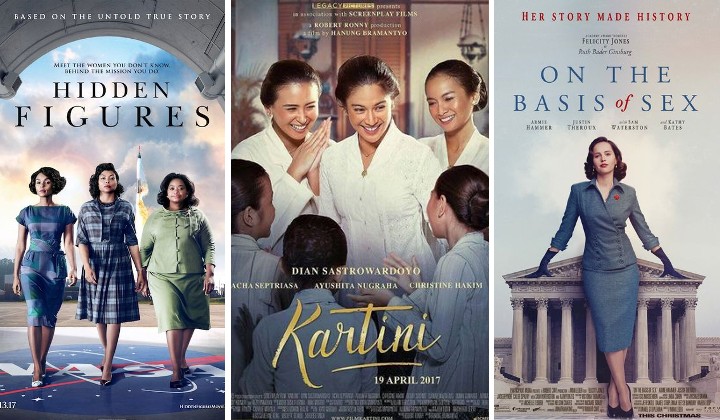 International Women’s Day is just around the corner this 8 March. Don’t know what to do on that particular day? Why don’t you grab some popcorn or snacks and enjoy these movies that’ll empower you as a woman!

Whether it’s fiction or non-fiction, these movies are sure to bring the fighting spirit out of you. Trigger warning, you might feel goosebumps from some amazing movies in here. Some are relatable and will tickle your funny bone.

Check out these recommended movies below that signify women empowerment.

1. He Named Me Malala

This is a film documentary that will give you goosebumps. This documentary tells the life story of Malala Yousafzai, a Pakistani female activist and also a Nobel Peace Prize laureate. Watch the story recounts how she survived being shot in the head by a Taliban gunman all in the name of education for females.

Hidden Figures tells a story of three African-American female mathematicians (Katherine Johnson, Dorothy Vaughan, Mary Jackson) working in NASA during the Space Race. Although they were a minority there, they managed to become the brains behind one of the greatest space operations in history: the launch of American astronaut John Glenn into orbit. Watch how they rise above all discrimination and inspire future generations to dream big.

This movie tells a story of a well-known American hero, Ruth Bader Ginsberg (RBG). While being a new mother and struggling attorney, RBG faces various problems in her fight for equal rights between men and women. The film features the prejudice and sexism she faced and how she rose above that to change the laws regarding gender discrimination.

This Bollywood film tells a true story of Mary Kom, a female Indian boxer and her journey to success in a male dominated sport, boxing. This Manipur rice farmer’s daughter also brought fame and pride to India when she won the bronze medal in the 2012 Summer Olympics. Watch how she undergoes rigorous physical training and deal with the mental struggles of being a female boxer.

Kartini: Princess of Java is an Indonesian film that follows the story behind one of Indonesia’s most cherished activist, Raden Adjeng Kartini. They also have a national holiday in her honor on 21 April (her birthday), known as Kartini’s Day. Watch how this Javanese girl advocated for women’s rights and female education in the 1900s for the people of her country.

Besides all the great movies above, there are tons more that bring the message of women empowerment. Here we listed some of the honorable mentions for you to pick on your movie night. (Some of these are trailers, some are just movie clips for you to enjoy)

So these are your female-empowering movies. You can enjoy them with your partner, family, friends or just chill on your own.