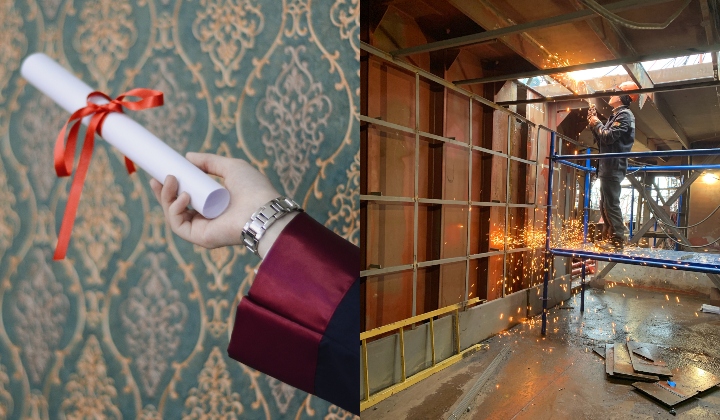 Due to the increasingly high costs associated with a university education, as well as other drawbacks, more and more people have been considering trade school (vocational qualifications) as an education alternative.

Trade School vs. University: Drawbacks to a University Education

That shaves some years off of a person’s career and can be considered an opportunity cost for experiencing the ‘real world’ hands on instead of being in a classroom.

High Cost of a Bachelor’s Degree

The average cost of a bachelor’s degree in Malaysia ranges from RM80,000-RM120,000, and that’s not including living expenses.

Another drawback is factoring in that a considerable portion of students end up dropping out of their degree course, thus squandering both time and money. In 2012, 17.5% of total students who enrolled in tertiary education dropped out in Malaysia.

Additionally, many students end up taking longer that the prescribed 4 years to finish, incurring additional financial costs on top of time that could have been spent earning.

The Ministry of Higher Education (MOHE) estimated that the total unemployment among fresh graduates in Malaysia amounted to 116,161 people or 20% of graduates in 2020.

In other words, 1 in 5 of fresh graduates struggled with unemployment, even after investing a high amount of money and time obtaining a Bachelor’s Degree.

Trade School as an Alternative

People approaching high school graduation should seriously consider trade school. A traditional four-year degree is not for everyone, and trade school offers a pretty compelling career path, especially when considering the factors associated with a university education outlined above.

Below is an overview of what a trade school education is, who it would be best for, and some of the advantages of trade school versus university.

What is a Trade/Vocational School?

A trade school, also known as a technical or vocational school or TVET (Technical and Vocational Education and Training) is an educational institution that exists to teach skills related to a specific job.

Trade schools are a more streamlined approach to education, with curriculum focusing on developing a particular skillset and knowledge base for a career rather than receiving a general education.

Trade schools typically take a lot less time to complete, have smaller class sizes, and the majority of the training is hands-on, which is an ideal environment for many types of learners.

Vocational qualifications can lead to relatively well-paying jobs like electrician, mechanic, machinist, pharmacy technician, and dental hygienist, and more. With room for growth and managerial potential in each field.

For starters, salaries for trade school graduates aren’t that much of a drop-off compared to a four-year degree. In fact, because many trade skills are required abroad, some graduates end up significantly out earning bachelor degree holders with their income being in higher value international currencies.

Because trade school only takes an average of two years to complete versus four with a bachelor’s degree, that amounts to an additional two years of income for the trade school graduate.

There’s a growing domestic demand for high-precision skills. Skilled trade workers are a disproportionately older population, and will only continue to get older, creating increased opportunities for young workers to fill their shoes.

It should be noted that I’m not opposed to a four-year degree. Instead, I’m simply making a strong case for an option that many people overlook when deciding what to do after SPM.

The advantages of a four-year degree are many: You’re going to earn much more later on in life and you also have the door wide open to continue your studies and earn substantially more with a masters degree or doctorate. However, the cost/benefit equation to even higher education is changing every day.

Trade school graduates are limited in opportunities to continue to bolster their education. That being said, a four-year degree is expensive, and not suited to everyone’s learning style and skill set.

If you’re a hands-on learner, excited by the prospects of getting out of the classroom and starting to work immediately after secondary school, trade school is a relatively inexpensive alternative education that may work well for you.