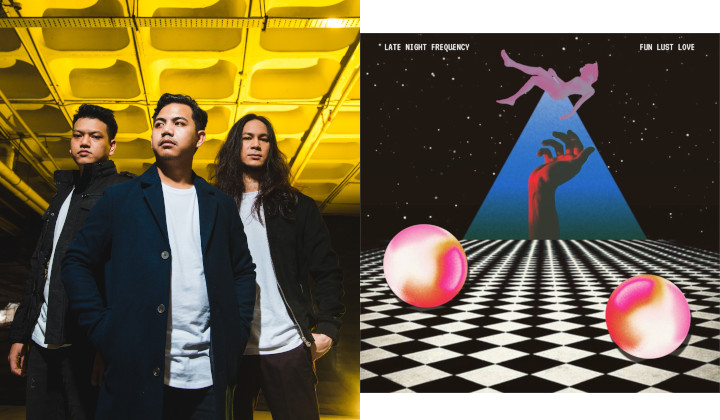 “I wondered if you know,” he said, after telling me his wife’s condition. It was an awkward start because for 6 out of seven days a week, Dr Ahmad Mujahid Husni Salim (Moja) is an emergency room doctor at Serdang Hospital.

That is the kind of person Moja is, someone who appreciates experience in addition to knowledge and loves to ask questions.

Medicine is one of his passions. While growing up, biology was not his strongest suit. So becoming a pilot became his other ambition, but after doing well in his studies, his father told him that he could be a doctor, and that gesture set him on the path that he is on today.

But, for that one day in the week when he is not a doctor, Moja indulges in his other passion, music.

His inclination towards music began when he was young. At school he joined the marching band as a drum major, he also played the saxophone for the school orchestra, and at the age of 16, he began to play the guitar for fun and performed in gigs.

Moja credits music as the thing that developed his sense of discipline. Being in the school band and orchestra helped him learn to balance his two passions, medicine and music, and it took him far.

He studied at the University College of Dublin (UCD) for 2 and-a-half years. There both his knowledge in medicine and his experience with music bloomed.

Moja’s first band was Monalyssa, an alt-rock group that was formed in 2012. Then in 2017, he became a part of Shuuna, an indie-pop band.

Slowly but surely, his music career grew. Moja even did projects with Hot FM, TV3, and worked with local artists such as Hujan, Meet Uncle Hussein, Yuna, and Aizat. He performed and wrote songs while still being a practising doctor.

He recalled his bandmates once asking him why they still do what they do while carrying their own gear for a gig in Ipoh. They talked about how their music career would have been bigger if they were abroad. But in the end, they agreed that music is what they love and that’s why they continued playing.

His two passions came to a head in 2019. Moja felt pressured to focus on medicine and he took a hiatus from music for a year.

Music was never a burden to him. It was his vent, his escape, his balance to the hectic days and nights at the ER.

During that year, Moja still indulged in music during his late-night or early morning drive to and from the hospital. When there’s quiet time, he’d launch a music streaming app and let it play on shuffle. Recommending min music he may have never heard of before.

The return to music

When 2020 brought with it a health crisis of which our health system had never seen before, Moja was in the thick of it.

One could only imagine the pressure, stress, and workload he faced as a frontliner.

After a year away from music, Moja needed to bring that balance back into his life and formed Late Night Frequency (LNF), an indie synth-pop band named after his habit of listening to music on his commute.

LNF made an impression when they debuted with ‘Fun Lust Love’ on streaming services. The song was produced, composed and written by Moja. It was mixed and mastered by Taja from Meet Uncle Hussain.

The song is a modern take on the 80s vibe and one of Moja’s best works.

When he was taking his A-levels, Moja recalled doing a presentation about songwriting. People always ask songwriters: “What do you start with when you write a song? The music or the lyrics?”. He proposed that they begin by picking a title.

In reality, Moja’s writing process begins with the lyrics. Most of his songs are written in Malay and some are inspired by poetry. The title of the song tends to be the last thing that a singer-songwriter would put to their music.

It is a mystery how Moja could find time, energy, and balance between being a doctor, a musician, and a husband in the first place. Now he adds father to that long list.

2021 marks the first year that Moja celebrated father’s day as a father.