The Rhapidophora tetrasperma is native to Thailand and Malaysia and recently sold for a fortune in New Zealand. 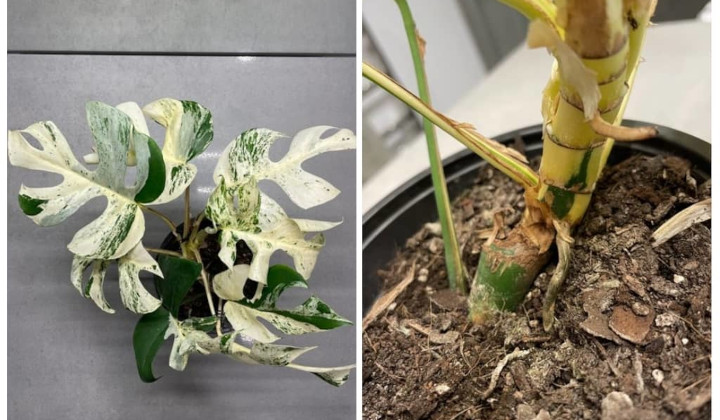 The beginning of the pandemic also saw a plant-demic with plants taking over our homes and Instagram feeds.

Although the pandemic is slowly easing up, the plant-demic is still going strong. An example of how much time, effort and money is spent on plants is perfectly validated when a houseplant in New Zealand recently sold for NZ$27,100 (RM79,467).

The very rare white variegated Rhapidophora tetrasperma was the most expensive houseplant ever sold on the New Zealand auction site Trade Me.

The Variegated Philodendron Minima as it’s commonly referred to was bid on 248 times with over 102,000 views and appeared on more than 1,600 watchlists.

The plant is native to Thailand and Malaysia

The particular plant that turned wallets inside out recently is found in southern parts of Thailand and on peninsula Malaysia, specifically Kelantan and Perak. It prefers a habitat that’s “disturbed rather dry to moist or wet forest on sandstone and granite”.

It is often mistaken for other species and families like the Monstera deliciosa or Philodendron sp., which all have similar, pinnate foliage, depending on the plant’s stage of life.

Why is it so expensive?

The idea of shelling out anything more than two digits for a plant is perplexing to some. According to an article published on luxury news and media portal First Classe, rarity is the main reason why a plant can easily set you back financially. In the case of the Variegated Philodendron Minima, it was not native to New Zealand hence making it even rarer.

Here’s an example of how a uniquely Malaysian plant Alocasia Azlanii retails on Shoppee Malaysia (RM80) compared to how much it cost on German based plant website Plant Circle (€119 or RM590).

Another cost factor is if the plant is of a special breed that was crossbred for excellence and attributes like shape and colour.

Variegation is another term you will often hear in plant circles. This essentially is the process of purposefully altering the plant’s genes to result in different coloured zones in the leaves, and sometimes the stems. That said, variegated leaves occur rarely in nature.

Plant propagation also contributes to the high price in plants. The process involves new plants to grow from a variety of sources like seeds, cuttings and other plant parts which can be sold off as an investment.

Before you make it a mission to find a Variegated Philodendron Minima, remember that it’s native to this region which already brings the value down. If anything, at least you have the bragging rights and days of Instagram worthy stories to post about.

There’s A Floral Festival In Putrajaya Until This 4 September!