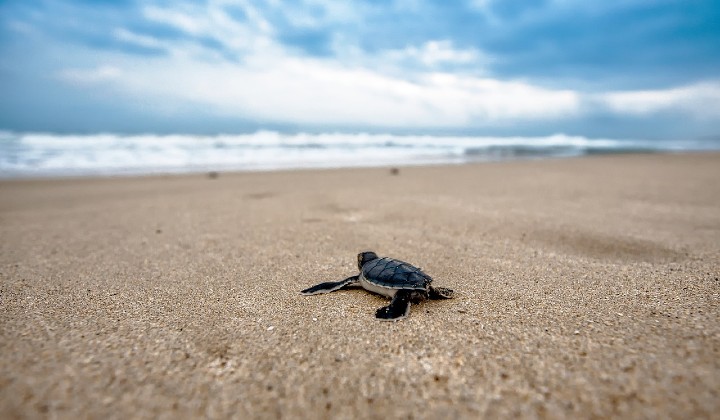 The plight of turtles on the beaches of Terengganu, especially the trade of their eggs have long plagued the nation.

Every time news breaks of turtle egg sales, it’s usually followed by stern warnings by authorities who promise to take action. But as it turns out, the sale of turtle eggs was never actually fully banned!

In the Malaysian Federal Constitution, turtles are listed on the State list. This means that the authority to legislate matters relating to turtles is under the state government.

Through the powers conferred in the Fisheries Act 1963 (Amended 1985),the state may exercise their right to set up rules regarding turtle and turtle eggs. Terengganu became one of the earliest states to set up state regulation on turtle management with the Terengganu’s Turtle Enactment 1951.

At first, this law was aimed to regulate turtle egg harvest in Terengganu, but it was later amended in 1987 and 1989 to include provisions that extend powers of authorities to increase conservation measures.

The 1989 amendment to the Turtle Enactment prohibited the collection of only leatherback turtles. However, at least four species of turtles come to Terengganu beaches to lay eggs, including Green Turtle, Olive Ridleys and Hawksbill.

There are also beaches tendered out to egg collectors who are licensed to patrol and collect all turtle eggs laid within these specifically designated nesting beaches.

Through a buy-back scheme, the Terengganu Fisheries Department along with the World Wild Fund for Nature (WWF) purchase these turtle eggs to be hatched for conservation purposes.

However, rampant poaching and the legislation of turtle egg exploitation via a tender system has jeopardized the conservation efforts, mainly due to lucrativeness of the trade.

According to environmentalists, a state ban and a national ban on commercial trade and consumption of turtle eggs is imperative to prevent the species from dying out.

Despite decades of warning, policymakers were reluctant to implement a full ban in Terengganu over the possibility of affecting livelihoods. A representative of the state also reportedly said that while sale of turtle eggs isn’t encouraged, it is part of local tradition.

As the number of turtles continues to dwindle along with the recent outcry on the sale of these endangered eggs online, Terengganu has announced that it will soon ban all sales of turtle eggs.

The move to amend the enactment is to prevent the sale of all types of turtle eggs, including via online as well as in main markets.

Dr Azman says that numerous workshops on the enactment amendment to ban the sale of all types of turtle eggs have already been carried out.

So it looks like all that’s left is the next step to make it official.

Malaysia Might Soon Lose Its Rainforest And It’ll Be The Size Of Singapore. How Do We Stop This?