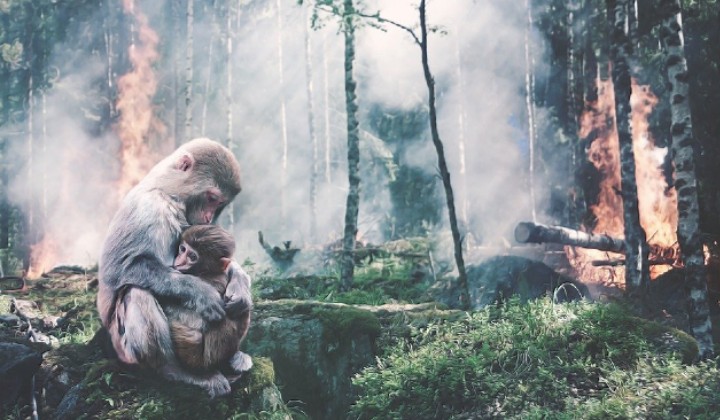 In other words, the entire situation is a dumpster fire and we’re burning along in it.

According to the report, seven of the G20 countries will not reach the reduced level of greenhouse gasses they promised.

Those countries are Australia, Brazil, Canada, Japan, Korea, South Africa, and the USA.

The G20 (Group of Twenty) is basically 19 of the most influential countries plus the European Union, as they collectively account for 90% of the gross world product, 80% of world trade, two-thirds of the world population, and about half of the world land area.

They are also the countries who should take the lead on cutting emissions, since they contribute around 80% of global emissions as well.

The climate crisis is one of those things that will spiral when you don’t take immediate action: like the pile of dirty dishes in your sink, it will just fester, stink, and eventually grow maggots if you don’t clean it. It simply gets worse with time.

Unfortunately for us, we no longer have the luxury of taking baby steps in reducing our greenhouse gasses.

Had serious climate action begun in 2010, the cuts required per year to meet the projected emissions levels for 2Â°C and 1.5Â°C would only have been 0.7 per cent and 3.3 per cent per year on average.

Evidently, greater cuts will be required the longer that action is delayed.

The UN also calls for decarbonizing the global economy, which will see an economy based on low carbon power sources that has a minimal output of greenhouse gases.

Renewable energy must come into play immediately to replace coal and petroleum. Renewables are currently the cheapest source of new power generation in most of the world as compared to coal plants.

Already, there is an incredible shift in consumers who now demand companies and governments to take responsibility for their impact on the environment, but these countries must hold themselves accountable.

Just because Malaysia is not part of the G20 doesn’t make us inconsequential. We have rainforests and peatlands, which are important carbon sinks that take in GHG emissions and put it back in the soil.

However, with the rise of illegal logging and continued deforestation, we are quickly losing our greatest asset to combat climate change.

Since 2001, we have lost 7.73 million hectares of tree cover. 91% of our forest loss is due to commodity-driven deforestation.

What Malaysia must do is protect our virgin forests, invest in renewable energy, and pave the way to a sustainable future.

We no longer have time to wait.

Find out how YOU can make a change to save the world. Let us know what steps you’ve taken so far on our Facebook, Twitter, or Instagram.