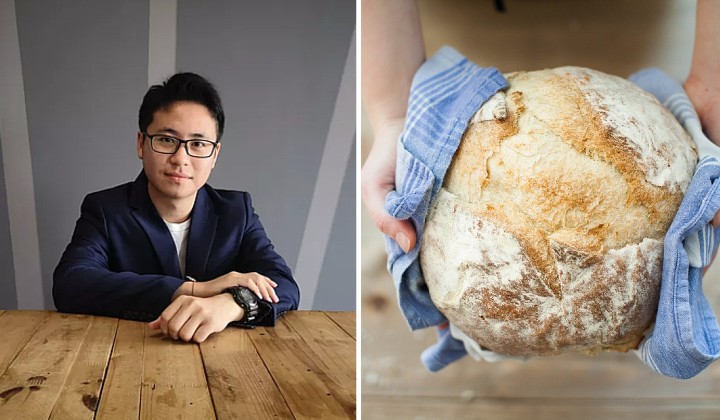 We’ve talked about how Malaysia wastes millions of meals daily, but where we see waste, one Penangite sees opportunities.

Calvin Chan, founder of Green Hero Malaysia, focuses on making sure surplus food doesn’t end up in the trash.

He recounts how he was walking down Victoria Street and saw a waiter throw out a black garbage bag.

Curiously, the bag smelled like strawberries, so he took a peek.

“I was shocked to see all the good pastries in the bag! I was so angry, empowered and frustrated at the same time.”

Calvin said he felt the urgency to solve the issue as he knows families who limit their meals or starve in Malaysia because they didn’t have the money to buy food.

To him, the equation was simple: food outlets have surplus food at the end of the day, and so many Malaysians have a need for food.

So in 2016, he reached out to multiple food outlets and the public to gauge their interest. Response was encouraging.

Since then, Calvin has never looked back and Green Hero now buys excess food from eateries at cost price and passes on that discount to the general public.

On the side, Green Hero also runs a Food Bank while sponsoring meals for children (Sponsor Me) and the homeless (Hope Street).

They partner with other NGOs such as Kechara Soup Kitchen to ensure food distribution is maximized and not wasted.

Selling surplus food at a deep discount to discourage waste is not a new idea.

S-market in Finland is doing the same thing with foods near their expiry date.

Even FairPrice in our neighbour Singapore sells ‘ugly’ produce at a discount.

But everyone can help in reducing food waste, even you and I.

So if it’s close to the end of the month and you’re running a little low on cash, there’s no need to eat Maggi every night. Don’t be shy and drop Green Hero a message on their Facebook page here and start rescuing food.

Selangor Recreational Areas To Have CCTVs Installed To Prevent Littering