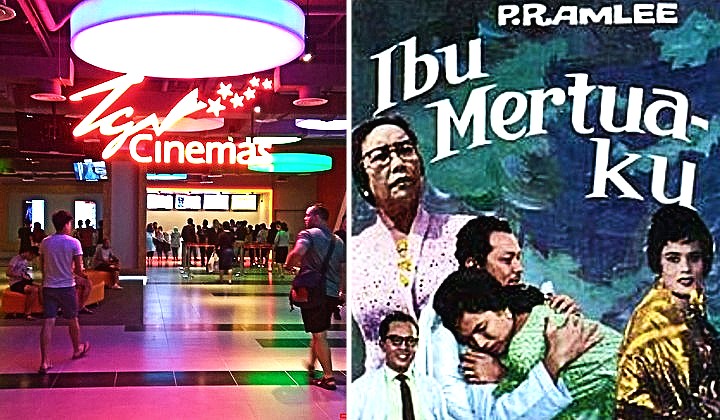 Would you like to experience a black and white film in an actual cinema in 2019?

TGV Cinemas takes you down memory lane this Merdeka and Malaysia Day with an exclusive screening of classically iconic films from the legendary actor, director, singer, songwriter, scriptwriter, musician, composer, and producer, P.Ramlee!

Five classic films from the golden 50s and 60s would be played for a limited time from August 24 till September 16 as part of the cinemaâ€™s The Gemilang Vibes Campaign.

A classic drama that tells the story of an overprotective father whose wealth and love for his only son caused the child to grow up to become a mobster.

A hilarious comedy starring P.Ramlee and M. Zain who play two male maids living and working under the roof of a stingy old man who has a beautiful daughter that both men try to woo.

A fairytale comedy where a lazy man gets caught up in a weirdly marvellous adventure with his smart, trickster of a son.

A must watch romantic comedy turned dramatic tragedy that tells the tale of a musician tortured between his love for the arts and the woman of his dreams.

The film is also a classic social commentary on the divide between the rich and the poor that’ll definitely have you bawling your eyes out.

A romantic comedy where a man sneaks around and secretly marries three women without them knowing about it. (Yeah the 60s were different times… LOL)

These sensational movies would only be screened on specific times at selected TGV outlets.

For more information and showtimes, just head on over to their website.

10 F&B Deals To Celebrate On Our 59th Malaysia Day!