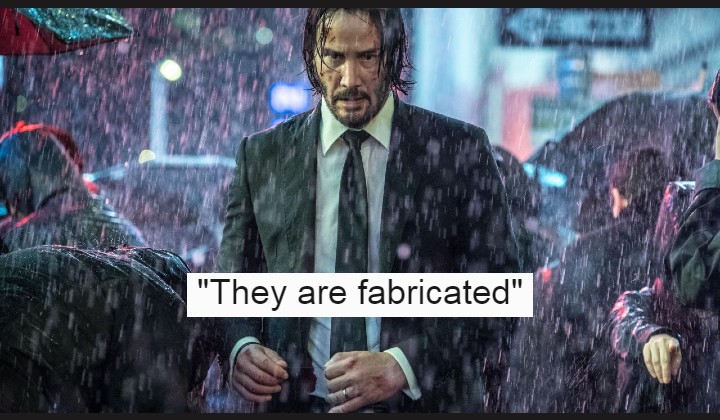 In case you missed it, an interview with Keanu Reeves published in Star2.com last week caused quite a stir online.

Not because he said anything controversial, but because he had the world crying for him when he admits to being a ‘lonely guy’.

But it looks like Mr John Wick isnâ€™t singing that Akon song so much, as HuffPost reports that his rep has blasted the interview as â€œfabricatedâ€ and â€œpieced together from several interviewsâ€.

When asked about what love means to him, Keanu gave the most Keanu answer by saying:

â€œYou mean romantic love? You know, Iâ€™m the lonely guy. I donâ€™t have anyone in my life. But if it does occur, I would respect and love the other person; hopefully itâ€™ll happen for me.â€

That was enough to send the internet into a tizzy but Keanuâ€™s publicist denies that the interview even took place. â€œThis was pieced together from several interviews and the majority of these questions were not asked nor answered. They are fabricated,â€ they said.

Obviously, this is quite the blow for a news outlet as big as The Star, but Malaysian news company held their ground.

They responded by defending the article written by US correspondent Philip Berk for his Hollywood Confidential column that was also published in print by StarLifestyle.

Berk, a long-time columnist for Star Media Group, is also a member and former President of the Hollywood Foreign Press Association.

He has confirmed that the interview took place at the John Wick: Chapter 3 â€“ Parabellum press conference at the Four Seasons New York this April.

He does, however, admit that the â€œlonely guyâ€ comment originated from a previous interview with Keanu.

Right now, it seems to be a case of â€œhe says, she saysâ€. There has been to response from Keanu yet to The Starâ€™s defence.

Extraordinarily Ordinary: She Spoke Up And She AIN’t Done Yet