Baby Groot returns to charm audiences with his wondrous curiosity and chaotic energy. 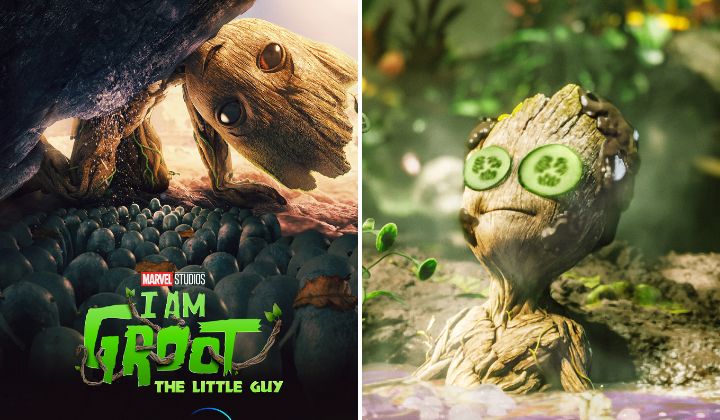 The Marvel Cinematic Universe’s most adorable character to date, Baby Groot, is as cheeky as you remember in Disney Plus’s new animated series titled I Am Groot.

The new series consists of five shorts that are out of the canon story and will not have any effect on the live-action Guardian of the Galaxy stories.

We wanted to revisit the character and tell stories about the period in his life when he was a little kid. This idea of self-discovery, of a little kid learning their world, felt like exciting new territory for us.

The simplest way to describe I Am Groot is it’s about a toddler doing toddler things. Just like a human toddler, Baby Groot (Vin Diesel) starts each day with wondrous curiosity.

His childlike curiosity eventually leads to accidental destruction because he throws a tantrum when things don’t go his way.

Sometimes, the damage isn’t too great because he gets distracted by another new thing or a new discovery.

After all, the chaos caused by Baby Groot and his flaws is what makes him a beloved character to fans.

Keeping close to the vein of Guardians of the Galaxy, the show is peppered with catchy tunes that will have young children bopping to it.

Who is the show for?

The show is perfect for families, young children and anyone who wants a light, entertaining watch.

Parents and child carers will definitely feel seen in one of the episodes where a ‘responsible guardian’ lectures Baby Groot in the middle of the mayhem.

Catch Baby Groot in action in I Am Groot on Disney Plus starting Wednesday, 10 August.