Gone since 24 July, the beloved breakfast side dish is now back at McDonald’s. 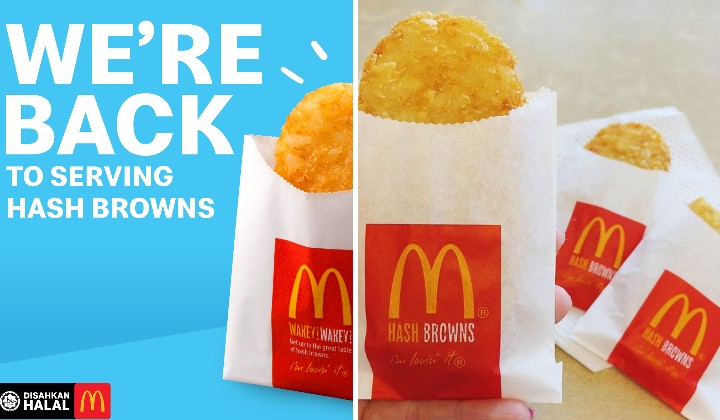 Recently, we’ve been saddened by the news of McD’s beloved hash browns being out of stock. Some people even woke up in the morning primarily to get those hash browns! There’s just something magical about them.

But fear not hash brown lovers, for their most awaited breakfast side dish is back! This has been officially announced today by McDonald’s Malaysia on their social media.

Thankfully they’re back. If this goes for long enough, there’ll be a McD riot! No hash browns and regular fries? Unacceptable!

Not too long ago, McD’s breakfast lovers also vented out their frustrations over the out-of-stock hash brown being replaced by regular-sized fries. It has been going on since the 24 of July.

Then, McD Malaysia came out with an official announcement regarding the shortage on the same day via Twitter.

“This is to all our Breakfast Hash Brown lovers. Ultimately, this sad parting is only for a while until the stock is back around.

Because a lot of you are upset, I’ll (admin) open a section dedicated for you guys to express how much you want the hash browns to return. The floor is yours…”

Turns out, a lot of Malaysians love their hash brown as much as their fries, huh?

Petition to make the hash brown available all day long? 👀