His Highness intends to auction off the painting and donate proceeds to charity. 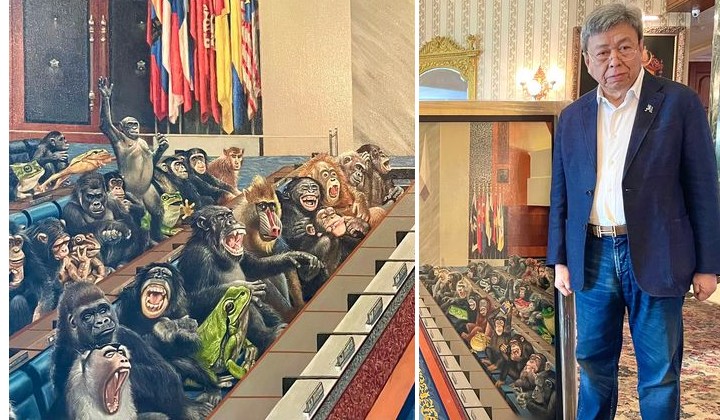 The Sultan of Selangor Sultan Sharafuddin Idris Shah has bought a painting of our Malaysian Parliament, but upon closer inspection, all the MPs are depicted as apes and frogs.

According to the official Tweet, the painting caught the attention of the Sultan. It also states that the Sultan intends to put the painting up for auction with all proceeds going to charity.

The painting features a realistic scene of Parliament, with who appears to be Tan Sri Azhar Azizan Harun, also known as Art Harun, the 10th Speaker of the Dewan Rakyat.

In the seats are various species of apes and frogs, an allusion to the behaviour of certain MPs who “jump” political parties, commonly referred to as a “frog”.

Naturally, netizens agreed with the Sultan, saying that the painting was quite an accurate depiction of life.

What an awesome painting! Depicted the real life situations in our Parliament!

Looks like Tuanku also feels that's lots on monkey business going on in there.

Currently, the artist of the painting has not yet been revealed.