Three similar stories about the student were shared online but netizens found some proof that the story might be a fake after all. 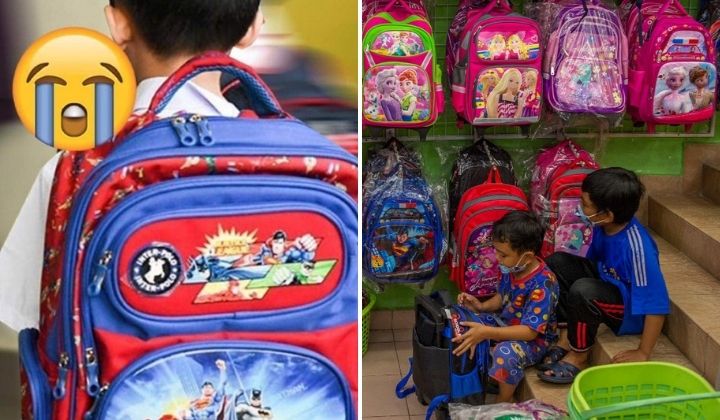 Recently, a viral post alleged that a young student was shunned by friends on the first day of school because the student wasn’t using a Smiggle bag.

Some people immediately felt sorry for the child and started their commentary about materialism among young children.

However, the other netizens felt that it was another fake story.

Facebook user Akhi Fairuz pointed out that he saw three other similar posts by different people and believed the stories were concocted to gain sympathy for marketing purposes.

He explained that young children in Standard 1 were not interested in brands but the pictures on the school bag. For example, girls might prefer to have pictures of Elsa and My Little Pony on their bags while boys might prefer images of dinosaurs and Avengers.

Akhi also pointed out that these students just started school three days ago. They were likely to feel more homesick than worrying about the brand of bag they brought to school.

Another netizen, Puteri Syazana Aimi, seemingly corroborated that it was a fake story because one of the images used in the story was hers.

Puteri said she uploaded the picture on Shopee when she wrote in a review for the bag and said it has nothing to do with the brand Smiggle.

She bought the bag for her 3-year-old toddler to bring to playschool and said she never taught her child to use branded items although they could afford it.

She then asked others for help to report the fake post if they see it online.

Netizens who believed it was a fake story from the start felt validated.

One of them pointed out that everyone was a child once and they have never shunned a friend due to their bag choices.

A parent shared that her children never once demanded Smiggle bags and confirmed that children were indeed more invested with the cartoon images on the bags.

Others condemned whoever started the fake story as a prank or to sell something.