Namewee has once again amazed netizens with a new sweet love song inspired by food. 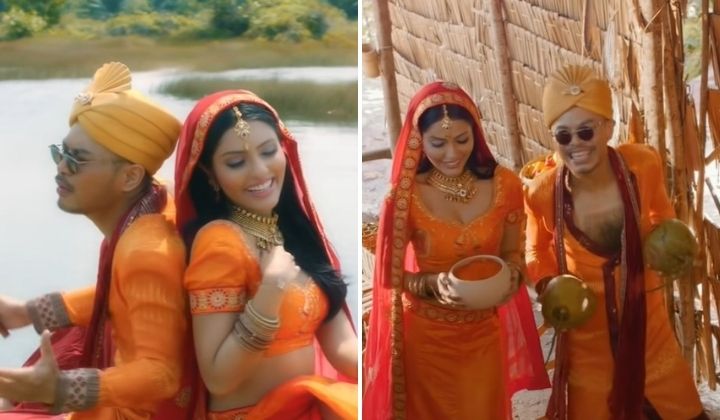 The Bollywood-inspired love song is also part of the soundtrack for his latest film, Nasi Lemak 1.0.

In the film, Namewee plays a chef who accidentally travelled back in time and goes on a quest to find the best nasi lemak recipe.

The song’s music video stars Namewee and actress Sanjna Suri as lovers while they sing and dance with the other goofy characters in beautiful costumes at scenic locations.

The lyrics portray their love for each other and how they’re a good match like curry and roti.

With sweet lines in the song such as ‘I flip roti, you cook curry, I cook for you and you flip for me,’ the sweet song definitely comes in time for Valentine’s Day and Chap Goh Mei!

Since the music video’s release, netizens have expressed how much they loved the song and its upbeat vibe.

The song’s popularity is evident with the number of likes and views as well. Since its debut, the video has garnered more than 6 million views and 18k likes.

Netizens said they really loved the multiculturalism and humour shown in the lyrics. They believe the song managed to encompass the Malaysian essence.

A netizen who really liked the song suggested Namewee make a piece of Borneo-inspired music soon too. Namewee’s song was also liked and appreciated by a Kenyan listener.

Netizens who came across the Curry And Roti music video said they couldn’t stop laughing, and the song made them hungry too.

They thanked Namewee for making such a beautiful song that managed to brighten up so many people’s days.