A snake was seen slithering inside one of the plane’s overhead compartments. 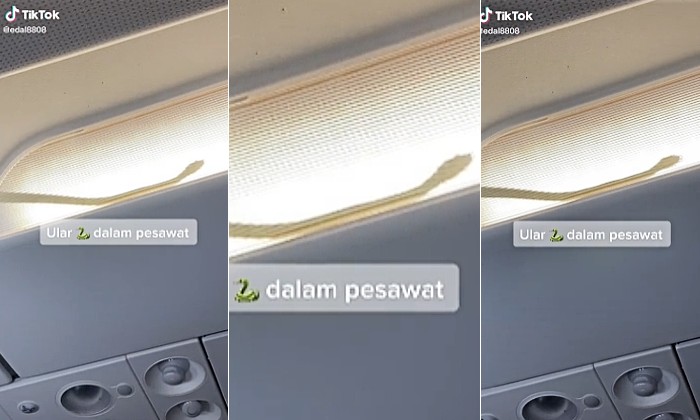 Domestic AirAsia flight AK5748 from Kuala Lumpur to Tawau, Sabah allegedly had to be diverted to Kuching, Sarawak when they supposedly found a sneaky little stowaway on-board.

Videos circulating online shows the ominous shadow of a slender serpent slithering inside one of the plane’s overhead compartments.

Meanwhile, checks on the FlightRadar24 global tracking website show that an Airbus A320 matching the rumoured plane’s tail number was diverted to Kuching while en-route to Tawau from KL yesterday night (10 February).

This is a very rare incident which can occur on any aircraft from time to time… The Captain took the appropriate action and the flight will depart for Tawau as soon as possible.

He noted that the decision to divert the flight to Kuching was a precautionary measure to fumigate the aircraft.

Captain Liong also affirmed that no one was hurt in the incident, but did not specify if that included the snake.