Sepang MP Hanipa Maidin proposed that the Covid-19 vaccine made in Malaysia to be named after Najib’s popular nickname. 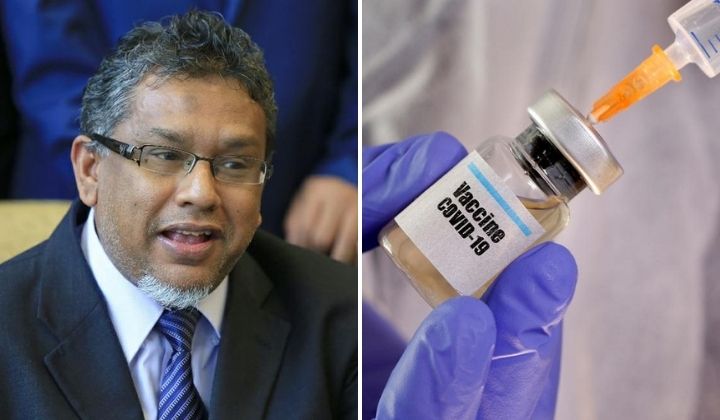 During the Supply Bill 2022 debate at Dewan Rakyat today, Sepang MP Hanipa Maidin suggested that Malaysia’s own Covid-19 vaccine be named “bossku” or “Pekan” due to the popularity of former prime minister Najib Razak.

Hanipa said ‘bossku’ – Najib’s nickname among his supporters and fans – work like “magic” on the people.

If we create a new vaccine later, we could name it the ‘Pekan’ vaccine or ‘bossku’ vaccine to get a strong response from the people.

Hanipa also said before using the names, they need to get permission from Najib himself first.

In a report by Free Malaysia Today, the Science, Technology and Innovation Ministry (MOSTI) had allocated almost RM60 million to research and develop Malaysia’s own Covid-19 vaccine to reduce dependency on vaccine supply from other countries.

According to the MOSTI’s Deputy Minister Ahmad Amzad Hashim, out of the total allocation, RM54 million was allocated to the Malaysia Genome Institute while RM2.5 million went to the research team to develop vaccines from using the Messenger Ribonucleic Acid (mRNA) technology.

The remaining RM2.5 million has been allocated to Universiti Putra Malaysia for developing vaccines from inactivated toxins produced by germs.

A netizen asked whether these are the only topics our politicians can come up with during parliamentary meetings.

A few of them suggested names such as Jibby and Timahku, but others questioned why we should give the honour of naming the vaccine after convicted criminals.

Where did ‘bossku’ originate from?

According to The Malay Mail, the word ‘bossku’ is widely believed to have originated from the lexicon used by the young, middle-class Malay in Sabah where it’s usually intentionally misspelt as ‘busku’ or ‘bussku’.

The term has since been popularised by the rempit culture of working-class riders.

Najib further popularised the word by using it in the phrase ‘Malu apa bossku” in response to a now-viral video of him alongside a man who called out “Boss kita! (Our boss!).”

The phrase ‘Malu apa bossku’ quickly became an online campaign by his supporters simply because it’s catchy and memorable.

According to another report by The Malay Mail, it also spawned numerous merchandise such as t-shirts, caps, vehicle stickers. There was even a music video.