The Muslim Women’s Council probably didn’t expect their condemnation to push the brand even more into the spotlight. 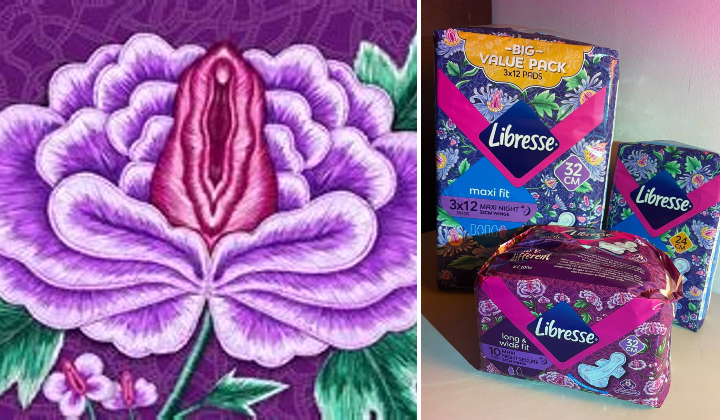 Dr Safinar Salleh, chairperson for MAYA, addressed Libresse Malaysia to say the image of the women’s private part on the brands’ advertisement designs are considered “exploitation of women’s bodies” and that the promotion undermines the dignity of women, degrades them, and also violates the norms of decency in Malaysian society.

READ MORE: This Feminine Hygiene Brand Is Trending On Malaysian Twitter And Here’s Why

Malaysian women irked over the issue

Although Libresse has apologised for the design, Malaysian women have taken to social media to defend the design choice, saying that female genetalia should not be something to be ashamed about, seeing as half the world population has them.

Additionally, activists claim that the brand’s campaign ‘Know Your V’ is a step in the right direction, pushing for education of personal care and to remove the stigma attached to the vulva.

It’s legit a woman’s anatomy so what’s the matter? In fact, I think Libresse did a good job in educating and raising awareness abt women’s private part which past generations failed to do so bcs… of this kind of mentality ☺️👏🏻 https://t.co/XiKpMwdvH9

In fact, in an effort to spite the shame surrounding the issue, netizens have began buying Libresse products featuring the vulva motif as a show of support.

I MEAN ITS SO BEAUTIFUL KOT WHAT THE POINT OF IT JUST PROUD BOLEH TAK!!!🌹💗 https://t.co/EV9pcfCtSQ pic.twitter.com/LPKt4KeluL

Sanitary pad with this packaging? 10/10 would buy. Libresse, you do you girl. Nothing about this is degrading to women. If you are offended by this, then its on you. https://t.co/7OCozfvZeD pic.twitter.com/YAPS7PckjO

Went out just to buy this bunga and the shelf pretty much empty!! Libresse win and all set with tote bag habis dah. Kuciwa sedikit pic.twitter.com/MZ3RuIZItr

The ‘V-Kebaya’ campaign featuring the vulva flower motif is a limited-time campaign, but it seems like MAYA accidentally shot it into nationwide fame and popularity with their condemnation, as stocks seem to be running low in most stores.

No, A Tampon Will Not Break Your Virginity