The British teen comedy-drama series is more than just a show about sex education. 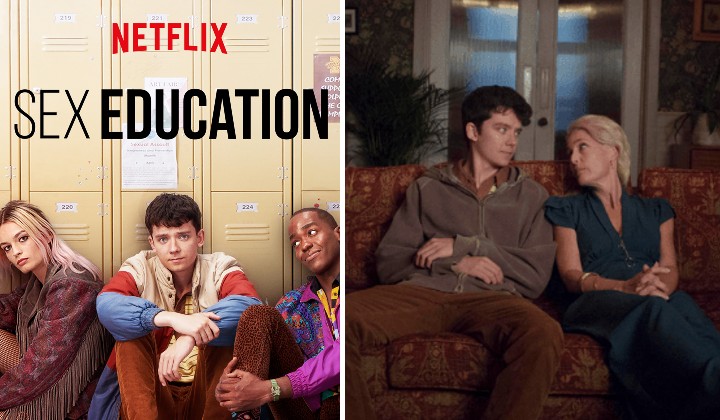 We live in a time where sex education is crucial for our younger ones (and let’s face it, the older ones too).

Although Malaysia is not quite there yet due to the general stigma surrounding sex-related topics, we do have technology to thank for giving us an outlet to educate ourselves.

Those who subscribe to the popular streaming service Netflix may have come across an original series of theirs called Sex Education.

For those of us not ‘woke’ enough, it’s a British teen comedy-drama series that follows the lives of the students, staff at school and parents of Moordale Secondary School who are faced with various personal matters related to the shows’ title.

The series, which just released season 3 in mid-September, is an overall heartening and somewhat quirky show which is not afraid to tap into taboo topics that will tug at your heartstrings.

Without giving too much away to those of you who plan to watch the show, here are a few which we think were quite relevant and relatable.

From the series’ get-go, a few characters have questioned their sexuality and while one of the shows’ supporting actors plays an outwardly gay character, a few have taken the gradual steps through the show’s three seasons on a journey of self-discovery that’s both heart-wrenching to watch, but relatable as well.

Season three further lives out the theory that relationships in general, are complicated no matter what your sexual orientation is.

We also learn that sometimes the relationship you have with yourself may be the most complex.

Although bullying and shaming is a major problem in schools everywhere, it is also very prominent in places outside of school (*cough* social media *cough*) in which grown-ups often participate.

Series creator Laurie Nunn spoke of exploring the theme of shame and how damaging it can be to individuals.

Everybody has been made to feel different or feel like they don’t fit in, particularly in their teenage years, and how that shame can then affect you throughout your adult life.

3. It’s important to have a support system

In season two of the show, another supporting character on the show gets sexually assaulted on the bus ride.

Season three delves more into the repercussions of the assault and touches on topics that resonate with those who’ve had to deal with that kind of trauma.

The lesson here is that the first step to recovery is to seek support and that although the event is in the past, it’s the trauma that is in the present and needs to be addressed.

There is a whole slew of other “lessons” you can learn from this series, which goes to demonstrate that even though it’s a show mainly about teenagers on the road to sexual discovery, it benefits more for ‘mature audiences’ for its poignant messages.

Sex Education seasons 1, 2 and 3 are streaming now on Netflix.