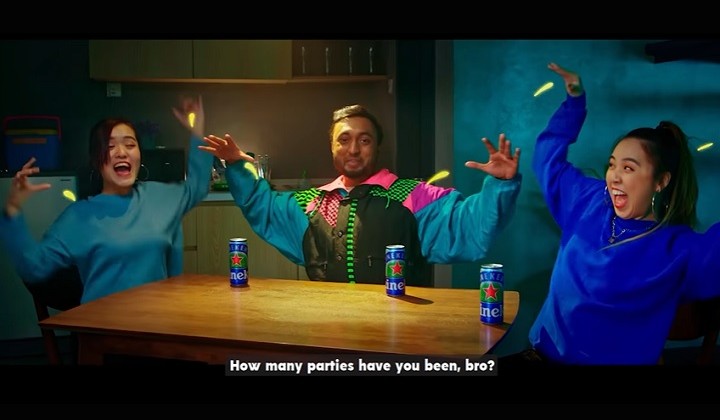 Everyone knows that 2020 hasn’t been the best year, but one Malaysian managed to capitalise off that when his Instagram post landed him a music video about MCO blues fully sponsored by Heineken.

It all began when Jiven Sekhar, a Malaysian director & creator, saw his sister drinking what seemed to be an alcoholic beverage. But it turned out that the drink wasn’t as “spirited” as he thought – it was actually an alcohol-free malt beverage known as Heineken 0.0.

Fascinated by the premise of the drink, Jiven toyed with the idea of making a music video and reached out to Heineken to see if they’d like to collaborate.

But the Dutch brewing company decided to do him one better and sponsor the entire endeavour, so long as he managed to garner 3,000 likes on the post in 24 hours.

The three-minute song’s premise is pretty simple – a cheeky callback to all the “fun” we’ve had in 2020 – which is exactly 0.0.

“This Malaysian Cannot Operate – MCO,” sings Jiven as he runs through the exciting home-bound activities of the year such as gaming all day, zoom calls and snacking between meals.

Despite pointing out the lack of parties, mamak gatherings and holidays, The 0.0 Song is super catchy with bright colours and synched dance moves to jazz things up.

If you’re wondering why the video looks so sleek, it’s because Jiven actually has a pretty impressive string on hits under his belt, like the 2018 short film Haikal about growing up as a mixed-race Malaysian, or the recent viral hit Mamak Rap that he released for Malaysia Day.

So if you’re ready to for a summary of 2020, catch the cheerily depressing The 0.0 Song below: