The operation didn’t go as swimmingly as they hoped. 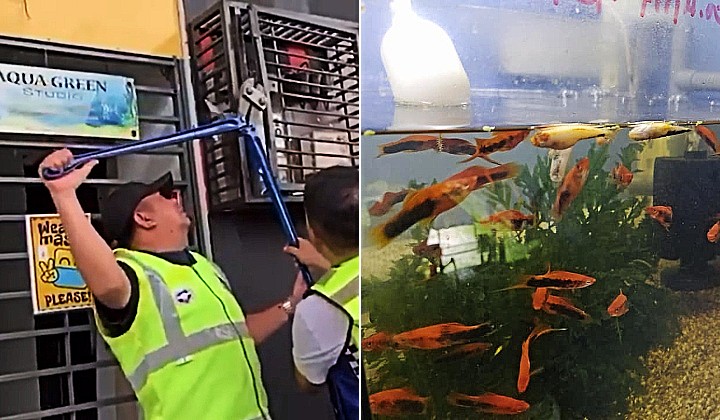 A local aquatic pet store apparently lost many of its fish when authorities had mistakenly cut off the shop’s power supply during a botched raid on an illegal gambling den.

Reportedly, the police, together with the Petaling Jaya City Council (MBPJ) and Tenaga Nasional Berhad (TNB) was involved in an operation to snuff out illicit gambling activities in Petaling Jaya.

It was then that the squad had unintentionally disconnected the electricity supply to the wrong outlet.

Apparently, TNB personnel assisting law enforcement during the bust were confused over the location of the suspected premise and had cut off power to the second floor of the building where the fish store was located, instead of the correct outlet which was located on the ground floor.

There were two junction boxes next to each other and TNB personnel had mistakenly made a cut.

TNB had also admitted their faults in the matter and said that efforts were being made to remedy things with the pet store owner.

News of the mistaken raid had been trending on social media when the pet store’s owner’s claims were shared online.

Interestingly, the operation was even captured on video in a report by Harian Metro, where the name of the supposed pet store can be seen in the background while authorities were at work.

According to an apparent copy of the police report, the pet store owner had arrived to find his store without power, and many of his fish died as a result.

Despite the mistaken raid operation, the PJ police had declared the district a “green zone” to be free of illegal gambling or prostitution activities.