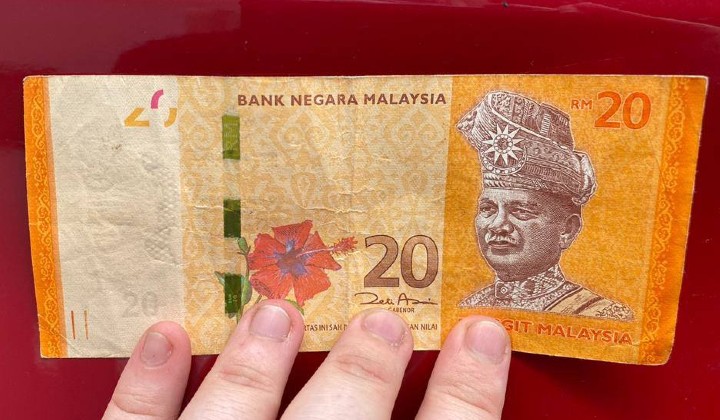 During the Movement Control Order (MCO), Lui Sze Chiang has been busy donating food supplies to families struggling to put food on the table as the economic downturn ravaged their livelihoods.

While arranging for the delivery of food packs to needy families this week, the Kuala Lumpur-based woman received an unexpected surprise and shared the story of the kind deed on Facebook.

To ensure that the supplies reaches the needy families, she arranged for an e-hailing Grab driver for the delivery. She was a bit nervous about the weight limit of the supplies but the driver waved her worries away.

The driver came and I explained to him about the food packs for the needy.Â  He immediately agreed to carry all.

The two chatted for a minute about those who are struggling due to the MCO before wishing each other goodbye.

But as Lui turned to arrange for the next delivery, the Grab driver stepped out of his car to offer her a special surprise – a RM20 note.

He said to use it to buy food for the needy and keep doing what you all have been doing. I was shocked and said no no no. I canâ€™t take his money as Iâ€™m sure he is also struggling and working very hard during this period… but he insistedâ€¦

Gobsmacked, all Lui could do was thank the considerate man for his contribution. For her, the RM20 note was far more precious than its monetary value.

This RM20 is very special, it shows us the kindness of the people, the humanity that will help each other during the hard time… This RM20 also encourages us to keep doing what we’ve been doing.

She notes that itâ€™s these small gestures that can make a big difference in someoneâ€™s life.

Itâ€™s amazing to see Malaysians coming together to support each other during these difficult times and we salute these quiet heroes for the good they put into the world!