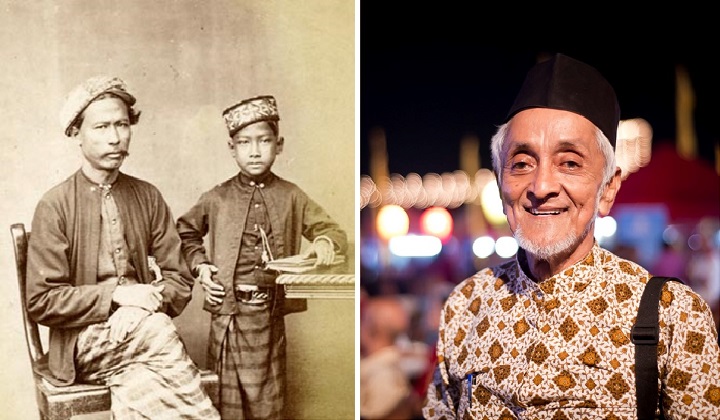 When we talk about traditional Malay communities, we would assume that they’re strictly confined to Malaysia, Indonesia, Brunei and Singapore with the odd community or two scattered throughout Southeast Asia.

But did you know there’s an old community of Malays in Sri Lanka, too? And they’re not like expats or recent immigrants, but a proper minority group who’ve been in the island nation since the 17th century!

How they wound up in Sri Lanka

The Malay community of Sri Lanka are descendents of settlers from present day Indonesia and Malaysia.

But their origins in Sri Lanka is somewhat unclear due to the ancient ties between the Sri Lankan Kingdom and Srivijaya kingdom in the 8th century.

There’s also the added confusion that Sri Lanka was once called Malaya or Malaya-rata (meaning mountainous in Malayalam) in the medieval period due to its rugged hills – a name remarkably similar to pre-1963 Peninsular Malaysia.

But the most concrete evidence Sri Lanka Malay origins is with (say it with us now) colonisation.

The Dutch, to be exact, colonised Sri Lanka (renamed to Ceylon) in the mid-16th to 19th century, and brought over people from the Malay Archipelago as exiles, convicts or soldiers.

However, in Sinhalese (official language), Sri Lanka Malays are called Ja– alluding to their origins from Java, Indonesia. Some in the Sri Lanka Malay community even call themselves “Orang Java”.

But these”Malays” come from all over the Malay Archipelago including Blai, Java, Riau, Ambon and Peninsular Malaysia. Among the early exiles were kings and princes from south Sulawesi, Madura and Java. The early 19th century brought in soldiers recruited mostly from villages on the Peninsula.

They were actually pretty badass fighters

In the early days, Malay soldiers formed part of the armed forces of Sri Lankan kings. There’s evidence that from 10th century AD that a Sri Lankan King called Mahinda V had a troop of Malay soldiers in his army.

During colonisation, the Dutch held a generally favourable view of the Malays for their steadfast loyalty and unflinching bravery. The Malay soldiers played a big part in capturing Portuguese controlled areas of Ceylon and as a result, were given lands by the Dutch as a token of gratitude.

When the British took over Ceylon from the Dutch, their fighting skills did not go unnoticed and they were mostly employed in the Malay Regiment of Sri Lanka in the 1800s. They were actually the first ever Malay Regiment formed and were so skilled that they received the British Queen’s colours in 1802.

When the British took over the island and made arrangements for the repatriation of all the Malay soldiers in 1799, the Malays as a united community refused to leave because they had settled with their families and made Ceylon their home.

Today, the Malay community in Sri Lanka is less than 50,000 (approximately 0.3% of the population) in numbers but they’re a vibrant ethnic group who also identify as Muslims.

One of the most fascinating aspects of the community is their language, a dialect called Sri Lanka Malay (SLM) that’s a mixture of Sinhala, Shonam (Sri Lanka Muslim Tamil) and Malay.

It’s believed that their language is evolved from the Malay lingua franca (Bazaar Malay) that existed since the 1st millennium AD that mixed with modern forms of Malay brought in by settlers from colonial times.

The Sri Lanka Malay language is also mutually unintelligible with any known colloquial Malay variety, so experts argue that it can be considered as a different language.

But if you listen to the language, it actually sounds super familiar! Check out this video of a Sri Lankan Malay woman talking about her life:

Despite their small numbers, there are a large number of social and cultural groups such as the Sri Lanka Malay Confederation (SLAMAC), Sri Lanka Malay Rupee Fund, the Conference of Sri Lanka Malays (COSLAM), and Malay Associations of the communities located around the island. These organisations are extremely active in holding regular social, cultural, commemorative and fund-raising activities and initiatives.

But the language is in trouble

Although Sri Lanka Malay came to be formed in the island, its use has been diminishing over the years.

As a consequence of various national language policies and world orders over the centuries, Sri Lanka Malays have responded with shifts in their language use, leading to different degrees of loss of their vernacular in favour of other more dominant languages.

Many of the Sri Lankan Malays speak Sinhala (the official language), Sri Lankan Tamil and English over SLM language. There’s also a recent shift in the community to the Standard Malay of Malaysia to gain stronger ethnic recognition and increase their economic capital in a larger linguistic market.

The special relationship with Malaysia

This relationship with Malaysia is not new, though. What many may not have known is that Sri Lankan Malays have regularly kept in touch with Malaysia since colonial times.

Sri Lankan Malay soldiers used to visit the Straits Settlements as part of the army recruiting team and brought back Malay Manuscripts from the Peninsula to Sri Lanka after serving a short stint of a year or two.

A delegation from the All Ceylon Malay Association also attended the 1962 Merdeka celebrations in Kuala Lumpur on special invitation by then prime minister Tunku Abdul Rahman.

In recent times, the Malaysian High Commission in Sri Lanka is taking an active role in promoting Standard Malay to the Sri Lankan Malay community to foster ties between the two nations.