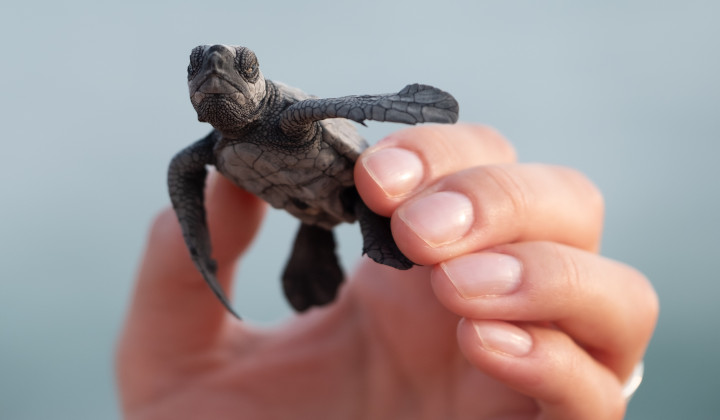 Turtles and tortoises have been around for more than 200 million years and probably existed during the time of dinosaurs. These reptiles have seen and been through it all so let’s take a moment to celebrate these amazing creatures.

The purpose of World Turtle Day

It started 21 years ago by Susan Tellem and Marshall Thompson, founders of the American Tortoise Rescue, to bring attention and spread knowledge about turtles and tortoises to encourage human action to help them survive and thrive. It is now celebrated around the world in many different ways but the main aim is to educate.

You may be thinking, ‘they’ve been around for like, forever – don’t you think they’ll be fine for another million years?’

As resilient as these creatures are, it is the act of man that are endangering them.

Turtles are kind of a big deal here

Did you know that one of Malaysia’s national heritage is the sea turtle? They are one of the main attractions for tourism here. Pictures of them are repeatedly used in promoting the country. They are also part of Malaysia’s rich history and culture having been featured on stamps and banknotes.

Sea turtles are most at risk

Due to the rising pollution of plastic, toxic metals, oil, and petroleum in our seas, these beloved sea animals are suffering immediate and long term health problems. And to add to that, their eggs are often stolen while their meat, skin, and shells are used for trade. According to the World Wildlife Organisation (WWF), these heinous acts are the reason these beings are endangered with three of seven existing species CRITICALLY endangered.

How does this affect me?

Sea Turtles are part of two vital ecosystems – beaches and marine systems. If they become extinct, both systems will weaken. The ocean as a food source would be affected, and the smell in the air as we know it would change too. Why? Because turtles are great scavengers and some will eat up dead fish.

Since these turtles can live on both land and in water, they act as a “bridge” by redistributing energy from one ecosystem to another. If these relatively harmless animals were to go extinct, let’s just say dune vegetation would lose a major source of nutrients which would result in increased erosion.

Another reason why sea turtles are important is that they eat jellyfish. We’ve all been to the beach before and know how painful it is to get stung by those barbed tentacles. With sea turtles eating them, it makes our waters safe to swim in. Sadly, it is also one of the reasons they die – because they end up thinking plastic bags are jellyfish.

Malaysia is serious about turtle conservation

For example, the Sea Turtle Conservation Project on Perhentian Island has helped to create an effective conservation and management plan by studying the local sea turtle population with snorkel surveys to create a photo identification database.

The project also helps conservation efforts by protecting nests on the island and relocating the eggs to safety until they hatch and can be released back into the ocean.

Another organisation, the Turtle Conservation Society of Malaysia was founded in 2011. It was formed when co-founders Drs. Chan Eng Heng and Chen Pelf Nyok realised that there wasn’t an organisation or agency in charge of both tortoises and freshwater turtles in the country, despite being home to 18 native species.

Turtle vs’ tortoises vs’ terrapins?

Let’s distinguish between the three: turtles, tortoises and terrapins. In a nut (turtle) shell, it all comes down to what habitat they are adapted to live in, though terminology will slightly different depending on what country you’re in.

The term ‘turtle’ for example, can be used to refer to all the species, whereas it could also apply to the water-dwelling species. Tortoises on the other hand live exclusively on dry land. Terrapins are a cross of the two – semi-aquatic and freshwater-living. Even though they can swim, they don’t have flippers like a turtle but rather legs akin to tortoises.

While the Sea turtle may be the most commonly known species when it comes to conservation, let’s not forget about tortoises and terrapins. They too are facing extinction due to pet trade, overconsumption for food and medicine, loss of habitat, pollution, and climate change.

As you probably would have noticed by now, there is so much more to turtles than meets the eye.

We hope we did our part to educate you on the 21st World Turtle Day. With that, the theme this year is “Turtles Rock!” – in hopes the world sees turtles as more than just rocks with legs but eco saviours instead.

Do your part and visit The Turtle Conservation Society of Malaysia for more information on how you can help.

M’sia An Illegal Trafficking Hub: What The Authorities Are Doing About It