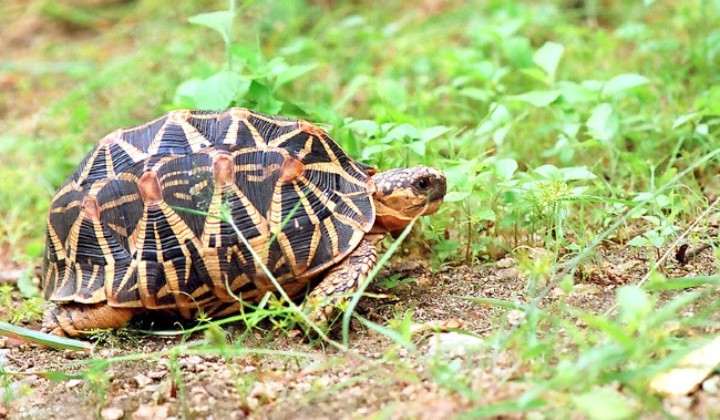 Illegal wildlife trade is a lucrative criminal activity that is rampant worldwide and Malaysia is finding it difficult to curb it.

The Jakarta Post reported that police there foiled an attempt to smuggle wildlife into Indonesia after arresting a Riau resident for allegedly bringing in four African lion cubs, a leopard cub, and 58 Indian star tortoises.

The man was said to have received the animals from Malaysia.

Under the International Union for Conservation of Nature (IUCN), these animals were categorised under the red list of threatened species due to the continued population decline, with a high demand for tortoise as an exotic pet driving illegal wildlife trade for it.

Wildlife and timber crime is estimated to earn transnational organised crime groups between USD8 to 10 billion (around RM33 billion to RM41 billion) annually.

It’s the fourth most lucrative money earner for organized crime – behind the trafficking of human beings, arms, and drugs.

Why Malaysia a transit point for wildlife trade

The United Nations Office on Drugs and Crime said that Malaysia is not only a source country for internationally trafficked wildlife products, but also a transit hub within the illegal network as well.

Along with Thailand, Malaysia is a main transit and consolidation country for testudines originating from India, Sri Lanka, Bangladesh, and Madagascar.

A report by the Wildlife Justice Commission pointed out that Kuala Lumpur is the easiest port to traffic wildlife into and out of.

This makes Malaysia among the top 10 smuggling hubs in the world together with Indonesia, and Vietnam.

One of the reasons why Malaysia is an attractive hub is due to rampant corruption amongst government officials, agencies and rangers.

This affects the poaching and wildlife trafficking as it undermines efforts to enforce laws and local communities often act as willing participants in the wildlife trade.

There were even reports of VVIPs involved in poaching and trading Malaysiaâ€™s wildlife.

What is the country doing about it?

Malaysia is trying to curb wildlife trafficking by allowing authorities to take serious action on offenders.

Under the Anti-Money Laundering, Anti Terrorism Financing and Proceeds of Unlawful Activities Act 2001 (AMLAFTA), law enforcement officers can now freeze, seize and forfeit assets as well as impose hefty fines in the millions and jail sentences of up to 15 years.

The Department of Wildlife and National Parks Peninsular Malaysia (Perhilitan) has also teamed up with the police and various federal and state agencies and other organisations in a joint operation known as Ops Bersepadu Khazanah since September.

The operations are continuing throughout 2020 with the target of crippling illegal hunting activities and destroying traps set up in jungles.

Although the country is trying to stop the wildlife trade, Malaysia still has some way to go before we can eradicate illegal activities.