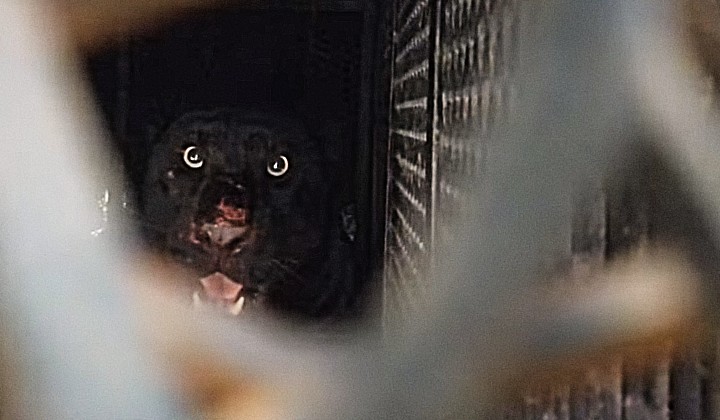 The Department of Wildlife and National Parks (Perhilitan) successfully caught one of two black panthers which had been prowling the jungles near Kampung Tengah in Negeri Sembilan, since last November.

The animals were believed to be the culprit behind a number of livestock killings which includes two cows belonging to villagers in the area.

News of the big cat’s capture came at three in the morning when 52-year-old Kampung Tengah resident, Mohd Azman Daud, heard the animal’s roars when it was caught. A trap baited with a dead lamb carcass had been set for the animal, close to his home.

Mohd Azman was quoted as saying that the cat’s capture proved that the kampung was facing a real threat from the wild animal.

Villagers believed that the panthers had been attacking their livestock since late October. People had reported seeing the big cat crossing the road at night and Perhilitan even warned residents not to leave their livestock to roam freely due to the risks of them being prey.

Footage of the captured feline showed the animal loudly roaring from behind steel bars as wildlife handlers worked to transport it into the back of a pickup.

“Senyum, senyum, senyum.” said the man behind the camera, telling the panther to smile as it arguably tries to claw at his face.

Perhilitan said that the panther was in good health and would be relocated once its undergone a full medical checkup.

Perhilitan also plans to set up more traps to capture the remaining panther lose in the kampung.

A panther is an everyday term given to big felines like jaguars, which are native the Americas, and leopards that live across Africa and Asia – those that are black are commonly referred to as “black panthers“.

The reason why these cats are black instead of having spots like other members of their species is due to a genetic mutation called melanism, which causes them to have an excess of black pigments in their bodies.

Leopards in Malaysia are said to be particularly special because almost every single one of them here are black.

Though scientists are still unsure why, studies have found that Peninsular Malaysia’s jungles are home to more black leopards or black panthers, than anywhere else in the world.