It certainly put up a good fight and ended with a bang. 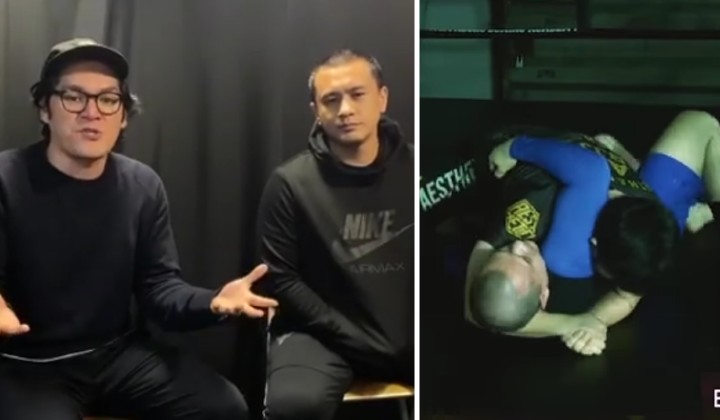 Dr Jason Leong is a Malaysian comedian who has been extremely vocal about his disapproval for prank calls on radio.

In Malaysia, radio station HITZ is most well-known for their prank call segment “Gotcha Calls” which started more than a decade ago.

Thus, when the opportunity arose, a challenge was issued in the form of a Brazilian Jiu Jitsu match between the comedian and HITZ Morning Show radio announcer Ean Nasrun.

In a hard-fought match, Dr Jason emerged the winner, although Ean suffered a knee injury in his fight to save Gotcha Calls.

HITZ acknowledged and conceded their defeat, while the rest of the country assumed that this chapter of prank calls had ended.

However, a viral post by Dr Jason Leong later brought to light that HITZ once again brought back Gotcha Calls, claiming that the fight itself was a Gotcha all along.

A video posted on the HITZ Instagram account, which has since been deleted, claims that the match was “all a set-up” and that Ean had planned to lose all along in this huge prank campaign.

In the post, Dr Jason refuted that idea, stating that Ean had never planned to lose. However, after his loss, the radio station spun the story in a “disingenuous and unfair” manner.

While it would appear that the HITZ radio station was not actually ready to let go of their Gotcha Calls segment, Ean today came out with a statement, acknowledging that their U-turn on the decision and trying to turn the results into a prank was taking things a bit too far.

He and HITZ Morning Show co-host Arnold Loh posted their public apology ending the short video by confirming that Gotcha Calls are done for good, as was originally agreed upon during the match.

The important thing is that we’re sticking to our word: we said “Gotcha (Calls)” are gonna be done if you won the fight, and that’s it. No joke here. Gotchas are done, so that’s that.

So it looks like Gotcha Calls will truly end for good after a decade of entertainment. Let it not be said that it didn’t end without putting up an actual fight.