Our diversity is our strength. 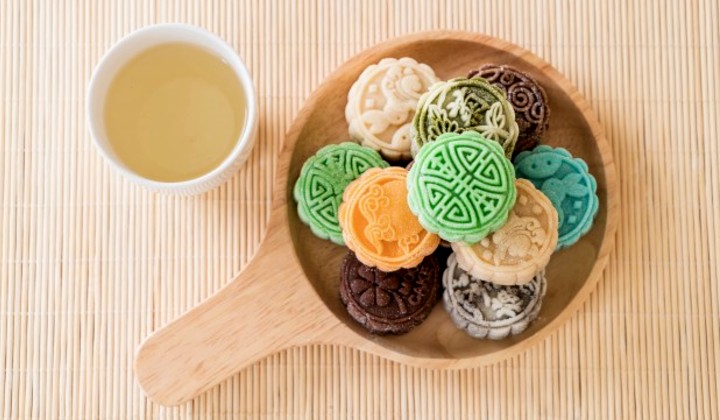 Mooncakes don’t need additional introduction. The rich pastries are eaten during the Mid-Autumn Festival, which will fall on October 1st this year.

While traditional foods from other cultures are easily shared with friends, there’s a bit of a mystery surrounding mooncake because the pastry is traditionally made with pork lard in the crust.

While many places no longer do so and are instead substituting lard with vegetable oil, it still makes our Muslim friends hesitant to try the delicious delight, even if some have always wanted to try it.

The Rise Of Non-Lard Mooncakes

A majority of mooncakes on the market now are not made with pork lard. Pork lard is rather expensive, and by swapping the ingredient out for vegetable oil, the pastry can easily cater to other dietary restrictions such as vegetarianism and veganism as well.

Contemporary crusts and filling variations do not make use of oils at all, such as the popular snowskin mooncake crust, which are made with glutinous rice flour to result in the springy mochi-like texture.

Jelly mooncakes have also risen in popularity, offering all imaginable colours and flavours in a mooncake mould.

What It Means To Celebrate Mid-Autumn Festival Diversely

Despite adventurous fillings and crust that no longer make use of pork lard, it is understandable that our Muslim brethren may still be uneasy in buying mooncakes for themselves, especially without a guide.

Which is why halal mooncakes, often made by Muslim bakers, are seeing a boom in popularity for our Muslim friends to eat confidently.

They’re also seeing an increase in popularity as gifts to spread joy for Muslim or non-Muslim friends, family, co-workers, neighbours, and more. The inclusion of the Muslim dietary restrictions essentially open up the dessert for our fellow Malaysians to enjoy.

Mooncakes Are For Sharing

The cultural significance of mooncakes during the Mid-Autumn Festival is all about reunion and sharing.

Mooncakes are typically only about the size of your palm, but the dessert isn’t meant to be a single serving! These mooncakes are actually meant to be shared, usually cut into eights, and each person is only supposed to have the small wedge with tea.

So why not celebrate the spirit of Mid-Autumn Festival this year by sharing something that everyone can eat?

Ps. Most mooncakes in the Malaysian market already do not use pork lard, but if you’re looking for certified halal mooncakes, you can pick some up at Baker’s Cottage, Tai Thong, international hotel chains like the Westin, and even at online homemade bakeries on Kravve or Instagram.