A well-respected hero until the end. 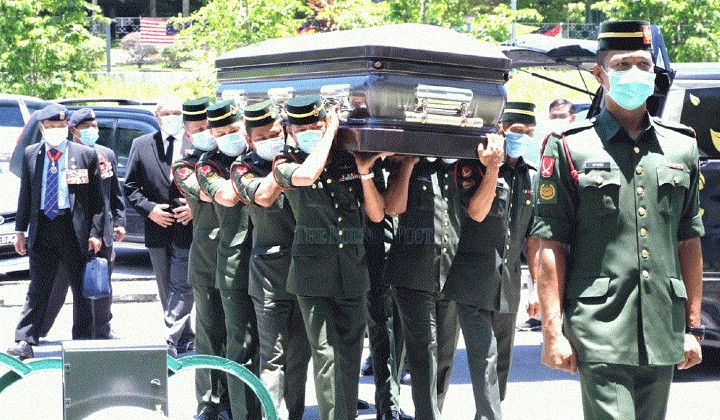 The late Datuk Awang Raweng was a decorated war hero who passed away at the ripe old age of 91 on September 18.

At the funeral service to him on September 21, the British High Commission’s Defence Advisor conveyed a message of condolences from the reigning monarch of the United Kingdom, Queen Elizabeth II.

The advisor, Group Capt Simon Hindmarsh, noted that it was his top priority to visit in person and pay his respects and condolences to the family.

Awang is the only Malaysian to ever receive the George Cross medal, which is named after King George VI of England. He earned the medal in 1951 for fighting communist insurgents alongside the British army, and since then has met with the Queen on several occasions.

The George Cross is the second highest honour awarded to military personnel and civilians who displayed incredible character.

Awang Raweng was given a full military funeral ceremony.