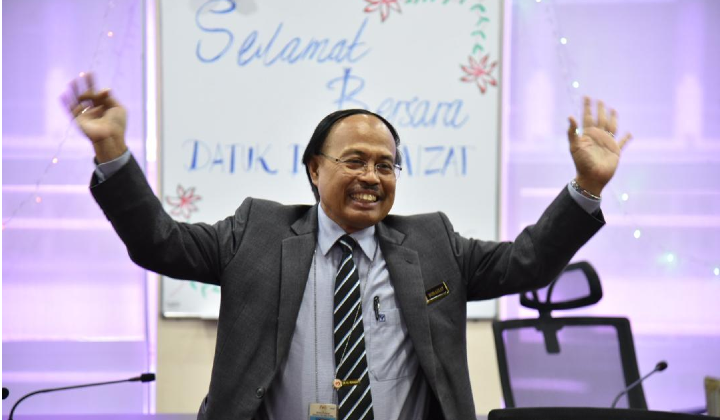 It’s a somber day for the Malaysian Health Ministry (MOH) as its panglima perang (war general) in the nation’s fight against Covid-19 will be taking his mandatory retirement effective today (June 10).

Malaysia’s Deputy Health Director-General (Medical) Datuk Dr. Rohaizat Yon will be leaving MOH after serving the country for some 35 years.

Malaysian’s might recognize him as the man who’s been steadfast beside the Health Director-General himself, Datuk Dr. Noor Hisham Abdullah (who gave Dr. Rohaizat the panglima perang nickname), during the many live Covid-19 briefings since the start of the nationwide lockdowns.

Dr. Rohaizat began his civil service career in 1985 after graduating from University Kebangsaan Malaysia (UKM) and served as a medical officer in Johor before taking on the post as the director of the Kluang Hospital between 1988 to 1990.

Then in the ‘90s, the doctor moved to work at MOH’s headquarters, holding several senior positions before being appointed as the Deputy DG in 2019.

During today’s live briefing session, the DG took a moment to send an emotional goodbye to his second in command, holding back tears as he thanked Dr. Rohaizat for his commitment and efforts in serving the nation.

The country thanks you for your valuable service Dr. Rohaizad, and we hope that you enjoy your well-earned retirement.