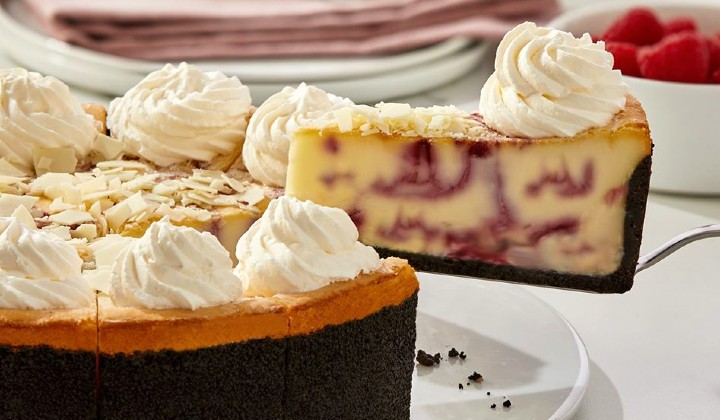 If you know anything about American culture, you know that for some reason they love The Cheesecake Factory. The upscale casual dining restaurant is extremely popular for their many flavours of cheesecake, extensive menus, and dining atmosphere.

Legasea Bakery specializes and sells imported cakes from The Cheesecake Factory, California. In fact, Legasea Bakery was founded specifically to allow Malaysians to taste the American dessert in the comfort of their own homes.

As much as I love cheesecake, I wondered how these cheesecakes could survive the flight from Los Angeles, California to Malaysia with a notoriously long flight of minimum 18 hours!

It turns out that the American-style cheesecake, and in fact most kinds of baked goods, stand up to freezing very well.

Cheesecake freezes so well, in fact, that you can safely chuck it into the freezer for a month and it’ll be fine, which might be how Legasea Bakery is doing it.

As a matter of fact, there are over 200 The Cheesecake Factory restaurants worldwide and only two actual bakeries that produces their famed cheesecakes: one in Calabasas, California and one in Rocky Mount, North Carolina.

Not only that, but The Cheesecake Factory also produces frozen cheesecake selections for American grocery stores.

Legasea Bakery has managed to get exclusive distribution rights to import The Cheesecake Factory’s coveted desserts in the country, and original plans even included a physical store in Sunway Pyramid.

Sadly, the pandemic has delayed the works for the store, but Legasea has circumvented that issue by selling the cheesecakes solely online for now.

You can choose to order either by slice or the whole cheesecake and have the cake delivered to you directly.